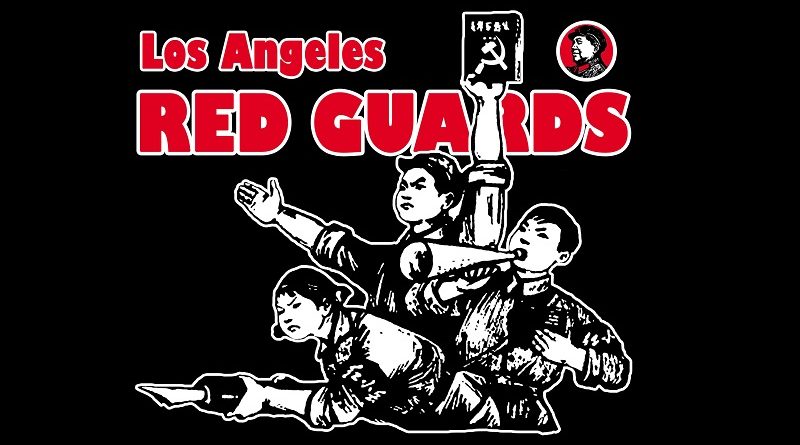 As a collective, Red Guards – Los Angeles is committed to developing our understanding of proletarian feminism, and to combating all manifestations of patriarchy and male chauvinism, especially where they appear within ourselves, our collective, and our movement.

Our own process of criticism/self-criticism, and the welcomed criticisms from other collectives associated with us, have illuminated these tendencies within our organization, have helped us to identify their sources, and have led us to embark on the path of rectifying these tendencies within our organization and its membership.

As part of our struggle against patriarchy, and the broader struggle associated with our political development as a group, we have concluded it is necessary for us to sever ties with the New Communist Party- Liaison Committee (NCP-LC), due to persistent engagement in patriarchal behavior, intraorganizational secrecy, and extreme liberalism regarding the rectification of these errors among key members and a central organization in the LC apparatus.

This decision was reached by our collective after months of struggling with the New York City-branch of the NCP-LC over our concerns, and what we perceive to be an inadequate path moving forward to address them. In the coming days we will release a document that further details our criticisms of the New York City-branch and the NCP-LC more generally. This document will also begin work towards a path for rectification by which we could envision future unity with the comrades in New York, much of whose work we still hold in high regard. But we found it important to release a statement immediately expressing our intentions.

Our criticisms are primarily focused around three issues:

1) Failure to effectively isolate a known patriarchal abuser from revolutionary spaces, endangering all women and non-men in our movement

2) The ensuing secrecy, lies, and omissions surrounding this situation, both publicly and to other organizations within the NCP-LC

3) Persistent unwillingness to rectify these patriarchal behaviors, or to address the errors in leadership that allow them to propagate so rampantly in their spaces

While the unification of advanced forces in the fight for proletarian revolution is an historical necessity, some circumstances require ruptures and disunity to push forward the process of building a genuine revolutionary party: due to the aforementioned criticisms, we believe these to be such circumstances, and therefore our commitment to building the party also dictates that we split from an organization and a mode of organizing that is detrimental to that process.

The establishment of a party-building apparatus independent of the NCP-LC will create opportunities for new political alliances and sites of struggle, and we welcome all revolutionary organizations in the United States to join us in this effort, join us in our revolutionary obligation to smash patriarchy everywhere that it exists, and join us in our historical task of building the Party!

In Struggle and Solidarity,