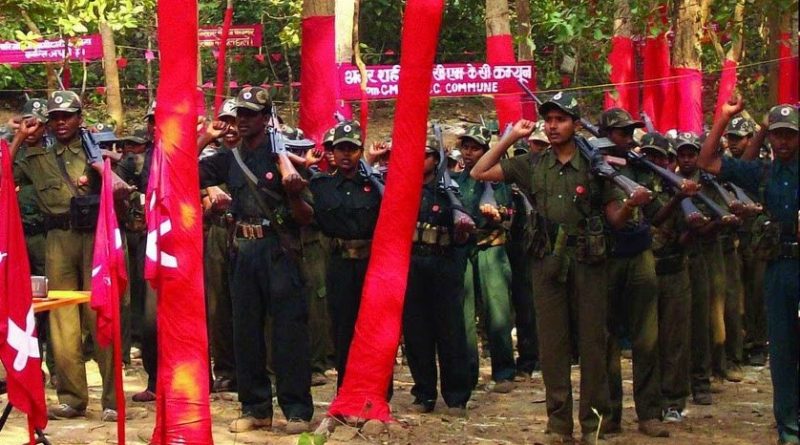 COIMBATORE: A video, purportedly that of a Maoists’ meeting in the forests along the Tamil Nadu – Kerala border, that took place before the encounter killing of two rebel leaders two weeks ago, has revealed that a few of the participants spoke Tamil.

One Maoist killed in the encounter was Kuppuraj, a Tamil from Krishnagiri district. The video, which reveals the increasing participation of Tamils in Maoist activities, has kept state police on their toes.

Q-branch officials confirmed that the video was shot two months ago. During the meeting they discussed setting up a second base at the tri-junction of Tamil Nadu, Kerala and Karnataka.

The video shows Kuppu addressing other Maoists who possessed arms. He urged them to intensify armed protest at the tri-junction of the three states. Ajitha also addressed the cadres, and motivated them along similar lines. More than 30 people had participated in the meeting at the end of which they raised slogans in Tamil.

According to Q branch police sources, a dentist and two youths from Sathyamangalam and Pollachi are working for the CPI (Maoist). Another person from Ukkadam in Coimbatore has already obtained weapons training in Kerala. The dentist is still absconding while the others are under shadow watch.
According to sources, the Maoists are working in two groups. One group works mainly in urban areas, propagating their ideology and recruiting people while the other works mainly inside the forest and they are armed.

Q branch police sources said that initially, Maoists had established their base in Jharkhand. But the Union government had deployed lakhs of paramilitary forces to hunt them down. The CPI (Maoist), operates from Malnad region of Karnataka to Wayanad in Kerala. It is said that the Maoists had organised a politico-military campaign from November 2014 to January 2015 in the tri-junction area.
“They extended their area of operation from Mudhumalai to Bandipur by conducting a survey under the leadership of Naveen alias Jayanth alias JM Krishna, a CPI (Maoist) leader from Karnataka. Their ultimate aim is to form a ‘Red-Corridor’ from Kollur in Karnataka to Mudhumalai in Tamil Nadu, covering Kollur, Udupi, Sirungeri, Bethangadi, Kodagu, Madikeri, Subrmanya, Siradikavu, Wayanadu, Pandalur, Cherambadi, Nadukani, Nilambur, Kozhikode, Bhavani, Attapadi and Bandipur,” said a senior officer from the Q branch.
Jayanth alias JM Krishna was killed in March 2015 after he was trampled to death by a wild elephant.