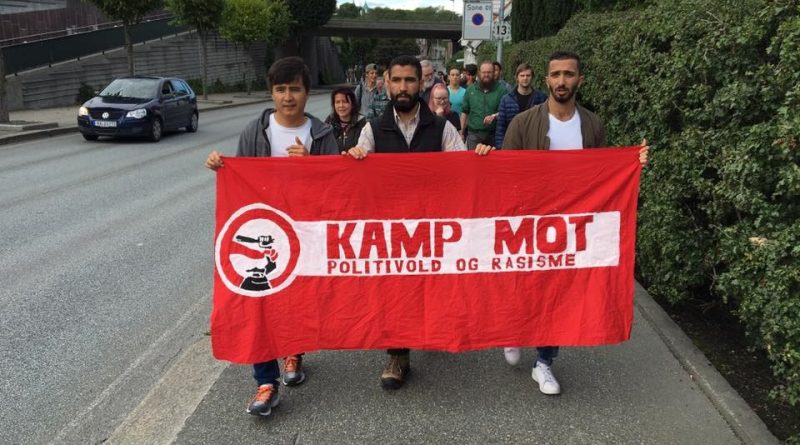 Comrades from Nye SOS Rasisme from Stavanger (Norway) had organized a protest on august, 27th against police brutality and racism.

The demonstration was related to several cases of police violence and racism. In one case, the police violently tried to deport a pregnant Palestinian woman despite doctor’s warnings, who lost her child and was deported with serious health complications in Rogaland.

It was also organized to remember Obiora which was killed in Trondheim 2006 by a racist policeman.

Comrades gathered in the church square of Stavanger, and marched in direction of the main police station of the city. They were carrying a banner “Kamp mot Politivold og Rasisme” (“Struggle against police brutality and racism”).