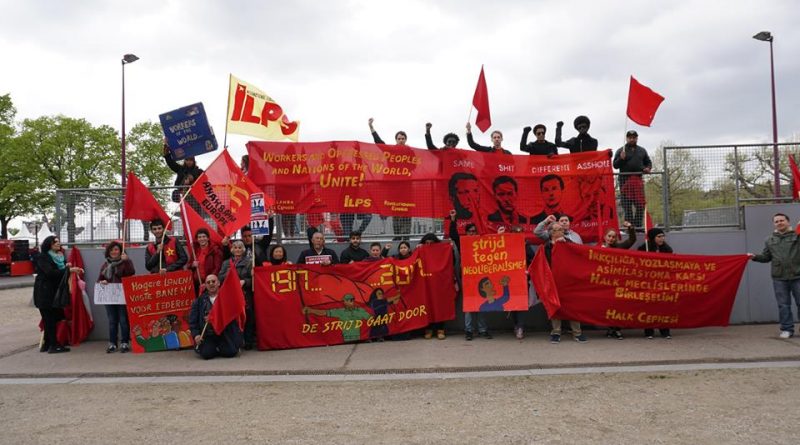 This year, progressive forces of Anakbayan-Europe, Hollanda Halk Cephesi, ILPS and Revolutionaire Eenheid marched together in a Red Block in the Amsterdam 1st of May demonstration, united under the slogan “1917…2017 – The Struggle Continues!” 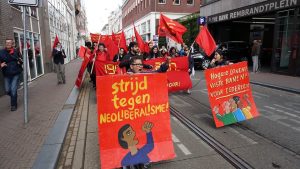 The demonstration, organized by FNV (major trade-union of the Netherlands) was attended by around 8000 people. The small but unified Red Block was composed of 40 people, which can be seen as a big success as this initative was the 1st attempt to unite forces in the Netherlands in such event. This is important, since the FNV is as yellow as they come. The union has literally turned our militant Labour Day tradition into an innocent entertainment festival, by organizing a huge music podium, and fun activities with some snacks on the side. Outside this shameful capitalist parade, the union virtually monopolizes the class struggle for worker’s rights and good living conditions. But they deny this to be class struggle in the first place, and they see it purely as a negotiation table exercise, devoid of building power among the working class. 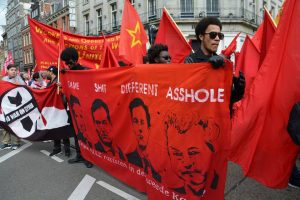 As this was a first successful attempt at uniting forces under a line that called for addressing the root causes of poverty and unemployment, we have made a start at building forces towards a more militant and revolutionary struggle for worker’s rights. Slogans in English, Dutch, Turkish, Kurdish and Tagalog languages were chanted, and comrades were inspired with speeches, for example on the workers’ conditions in the Netherlands. As the slogan suggests, we made a direct link to one of the greatest inspirations to the world labour movement in history, the Bolshevik October Revolution, this year 100 years ago. We are happy with the first result of this year’s Labour Day Red Block and we confidently move forward to building our forces in years to come!