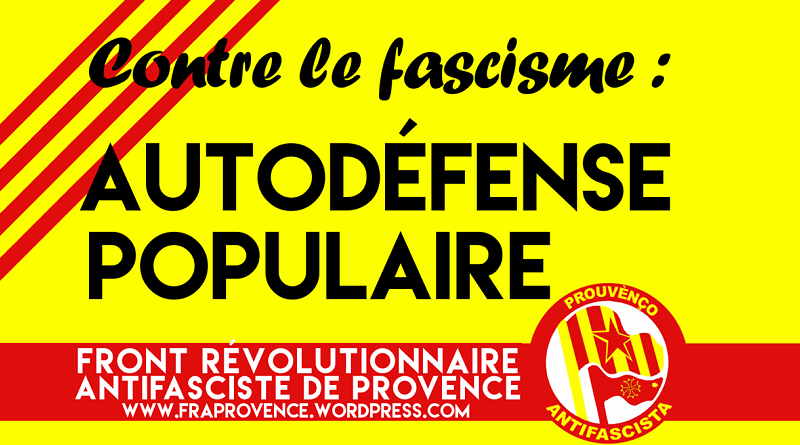 The fascist National Front is at the gates of power! This rise of the extreme right is a continuation of the anti-people policies of the UMP and the PS (macron law, labor law, state of emergency, and many others …). Their attacks against the people dug the bed of fascism.

“The old world is dying, the new world is slow to appear and in this chiaroscuro surge monsters”

To increase their profits, the capitalists need fascism. It allows them to increase their attacks against the working class and develop their imperialist plunder in the dominated countries.

Vote to block the National Front is useless and will not change the system based on the domination of employers on workers. It is capitalism that must be cut down.

“Fascism is the open terrorist dictatorship of the most reactionary, most chauvinistic and most imperialist elements of finance capital”

The FN wants to divide us, he wants us to make war between the exploited!

We must build unity of the working class against fascism!

Dare to struggle! Dare to win!