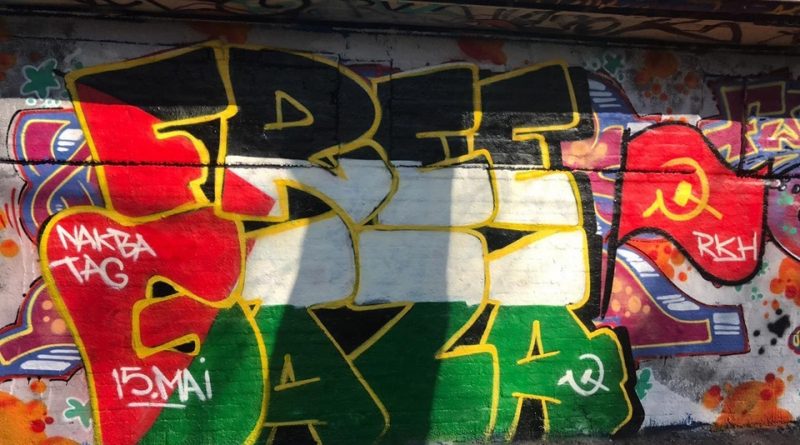 For the last several weeks, the German state has taken a number of repressive measures against those standing against Zionism. Equating anti-Zionism with anti-Semitism, the German state has moved towards criminalizing the Boycott, Divest, Sanction (BDS) movement, cracked down against organizations that support BDS and the Palestinian struggle in general.

Their targets have been focused on the alleged activists of the disbanded Maoist organization Jugendwiderstand, and leading members of Samidoun in Germany such as Khaled Barakat and Charlotte Kates. The rapid series of attacks against them is something new in Germany and is a reflection of the growth in strength and advance of the anti-Zionist movement in Germany.

In fact, this crusade of the German state has nothing to do with fighting “anti-Semitism”. It has something to do with a fight against the liberation and independence of Palestine, and with supporting the illegal Zionist entity “Israel.” The three main targets are the BDS campaign, Jugendwiderstand and Samidoun – all legal forces of democratic struggle:

I wish therefore to express in the strongest terms opposition to the criminalization of the anti-Zionist movement, including leading the activists Khaled Barakat and Charlotte Kates, the BDS campaign, Jugendwiderstand and Samidoun. Most resolutely I am in solidarity with all the comrades facing repression. It is the duty of everyone to join and support them in the struggle for democratic rights against imperialism and Zionism.