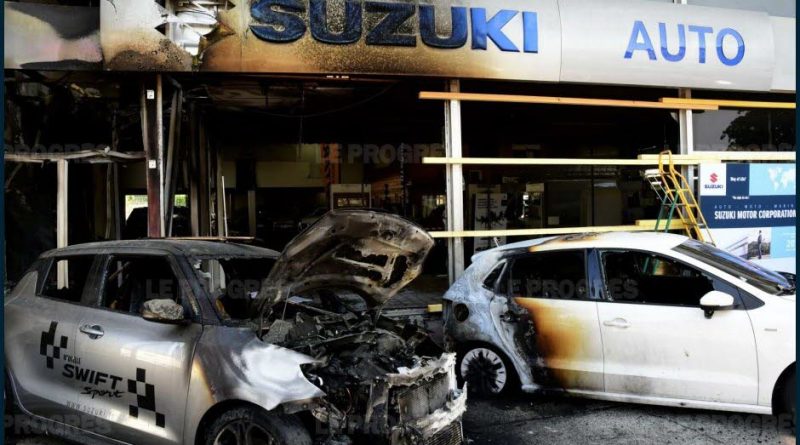 On the 8th of March, for the International Day of Working Women, the facade of the Suzuki garage of Lons-le-Saunier, in the Jura region of France, had been repainted by the Maoist Communist Party (PCM), demanding justice for the insults and crimes of the boss of the garage against women workers. He always calls them “fucking stupid women” and makes women pay inflated amounts for cars.

On July 25, the Partisan Combatant Forces (FCP) claimed in a statement the fire that burned the facade and commercial vehicles of the garage.

The newspaper “Progress” and other bourgeois media reported this event by describing it as the continuation of the March 8 graffiti. In the paper version of the newspaper, “Progress” even offered an interview to the garage’s boss, the same one who is attacked by the FCP. Nowhere is there a mention of the customers, the workers who work there, only the boss, who of course says he gets on well with everyone!

Faced with the mediocrity of the bourgeois media who give an audience to the worst exploiters, La Cause du Peuple reacts. We have received the press release from the FCP and we want to share excerpts explaining this action:

“For all his customers and workers, and for all his employees, this rogue boss exploits and is a nuisance. Our action is an attack directed against him in particular, for his behavior as a sexist bourgeois known throughout Lons-le-Saunier. We support all of the garage’s employees and their just struggle against their asshole boss

We will always be behind working women and our class! These actions are just the beginning!“