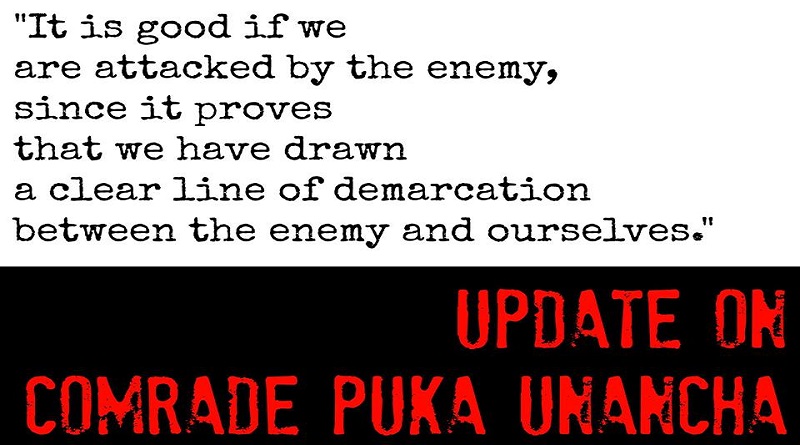 After finally getting comrade Puka out of the clutches of the pigs, he was immediately rushed to the hospital for severe neck and shoulder pain. There it was determined that he indeed had a broken neck. This injury does carry the threat of long term damage to the spine which, as has been explained by the doctors, could have paralyzed him had he been left in jail without a neck brace any longer.

As we wait to see what the next moves will be for him, be it emergency surgery or not, we encourage comrades to use extreme caution in the streets. With most charges that are being pressed against anti-trump protesters now, it’s most likely that these cases won’t be going to court until after Trump’s election which the pigs are well aware of. We can all surmise what that means for the us on the frontlines. This brings a whole new meaning to “trumped up” charges.

We are up against a new wave of state repression and comrade Puka will certainly not be the last of our comrades to have been seriously injured during this struggle. We must defend and fight for our comrades. And from this struggle we see new comrades emerge and and prove themselves invaluable to the inevitable heightened conflict that is to come. As comrades chanted at the jail: Everytime you take one of us, three more communists are made.

Thank you for the solidarity and concern all of you comrades have shown to us. Rest assure that Puka is by far one of the the most dedicated comrades most of us have ever met and he is in good spirits and is only concerned about people taking up the fight where he will temporarily not be able to.

All donations are still extremely helpful especially as we settle legal and medical bills: