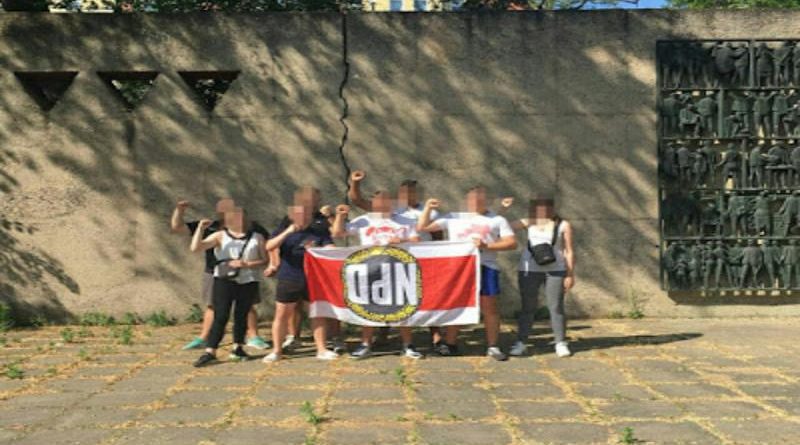 As the “Rote Arbeiterjugend Magdeburg” (Red Youth Workers of Magdeburg), we carried out an antifascist commemorative action in front of the memorial for the fallen Resistance Fighters in our city. We read a speech and the names of the 54 Magdeburg antifascists murdered in the fight against German fascism. 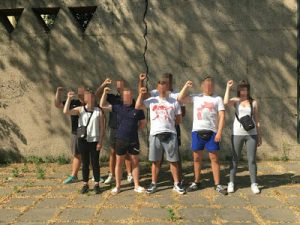 At the same time we mainly focus on the communist Otto Lehmann, son of his class and our city. After the transfer of powers to the fascists, this construction worker organized the resistance in the leadership of the outlawed KPD (German Communist Party), also with his wife.

In 1936 and after several arrests, he was tortured to death at the age of 35 under the Nazi “interrogate”. His daughter Anneliese was murdered at the age of 14 by the fascists in 1940.

Fascism in power means terror without limits against our class and our people!

To get an idea of ​​the antifascist resistance extension and to understand the sacrifice of countless comrades who fought against fascism, we recommend reading the book “The German Communist Resistance” of the publishing house Zambon Verlag.

Commemorate is important. But not only to speak, but to act, to fight, as our militant and comrade of the outlawed KPD did, also the “Roten Frontkämpferbundes” (Red Front Fighters Federation), the Roten Jungsturms and the “Antifaschistischen Aktion” (Anti-fascist Action). Here and today. And in this way, among these days, a flag of the fascist NPD party changed hands…

Otto Lehmann and all the murdered in Magdeburg are martyrs of the Antifascist Resistance. Their legacy is our pride and it’s only fulfilled in our struggle. Red Front!