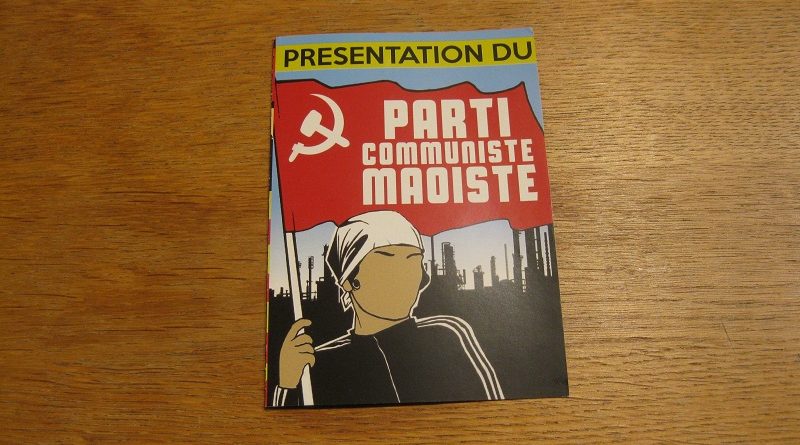 This is a translation of a short brochure presenting the PCM (Maoist Communist Party) of France.

You think we like that our society is profoundly unfair? That working conditions are worse than bad? That politicians, from the right or from the left, do not represent us and that elections are a joke? You also think it’s crazy that there are millions spent to bomb Syria or Afghanistan? You also think that everyone should have decent housing, access to care and leisure without the money being a problem? You also find it insulting that bosses earn millions while we finish the month slaving away and for some, sleeping on the street? If so, then our Party is for you.

Our project is the revolution. To build our power, the power of the people. To stop these wars abroad and live in peace. To live better, differently, and decide every day of our lives, of what we must produce, in what quantity and how, to serve people like us and not anymore to serve a class that dominates us and thinks only of making profit. To create a society where the school really pays attention to each student instead of putting them in competition. Where we like our work, where there are no small heads that put us under pressure to work faster, where we have more free time. A society without racism, where there is equality between women and men, where nature is protected. To struggle against inequalities and build a new world.

For this, it is impossible to count on politicians. The system is controlled, elections are going nowhere. We must have no illusions on this side. Our only hope, our strength is to organize together to prepare for the overthrow of the bourgeois dictatorship and build people’s power. They have their cops and their weapons, we are numerous and have ideas.

We are not afraid to go to fight.

The Maoist Communist Party, what is it?

The Maoist Communist Party is a revolutionary organization. It is therefore based on solid experience over a century of struggle, and on links in other countries (such as Italy, Germany, Morocco, Tunisia, Turkey, India, the Philippines, Afghanistan, the United States, Canada, Brazil …), to prepare the revolution in France. We believe that to face the powerful enemies, you need a powerful organization, capable of serving as headquarters for all people no longer supporting this system, to all those who revolt, which no longer bow their heads and who want a People’s War. Our goal is to grow the Maoist Communist Party and everywhere develop combative organizations in the universities and high schools, on construction sites, in companies and factories, in our neighborhoods, with women, with undocumented migrants.

It is not a party like the others, who lie and keep on preparing for the elections! The Maoist Communist Party wants to break with the system as a struggling organization concerned with the needs of primarily the exploited and oppressed.

The humiliation stops today. We decided our heads and take our own affairs in hands by building our Party. There is also a place for you. So to move toward the revolution, join the ranks of the Maoist Communist Party! 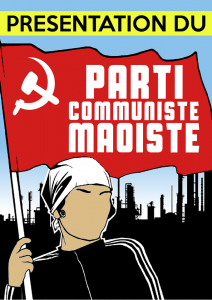 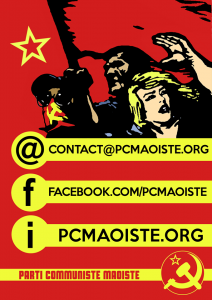 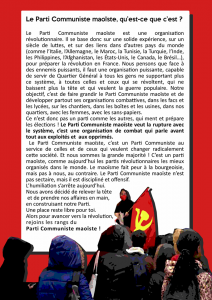 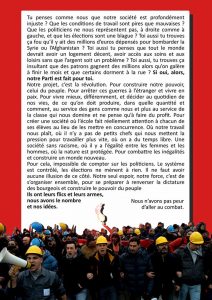