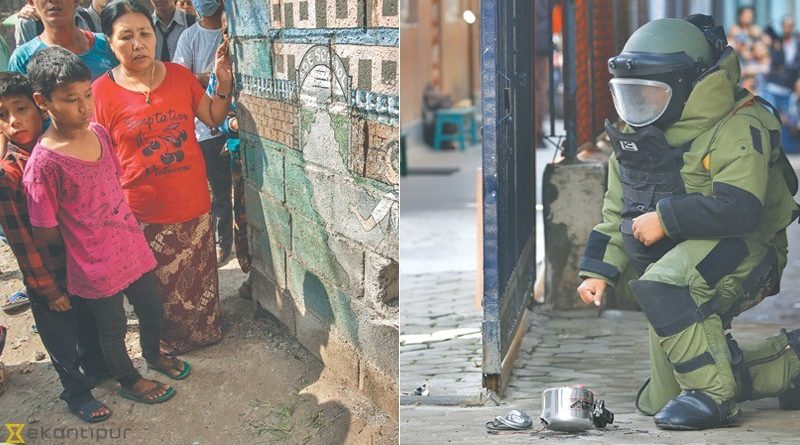 Oct 21, 2016- Police on Thursday night arrested two more people in connection with the explosions in half-a-dozen schools of Kathmandu on September 20.

Pamphlets of Akhil Nepal Rastriya Swatantra Bidhyarthi Kendra and Young Communist Force Nepal were recovered from the explosion site. Both of these organizations are affiliated to Devendra Mahato-led Maoist Communist Centre Nepal Party.

Police are preparing to make public the culprits amidst a press conference today.

Earlier on September 26, Metropolitan Police Range Kathmandu had arrested the party Vice-chairman Bishnu Poudel and Politburo member Mustakin Ansari from Kathmandu for their alleged involvement in carrying out explosions. Two more were arrested in connection to the incident before this.