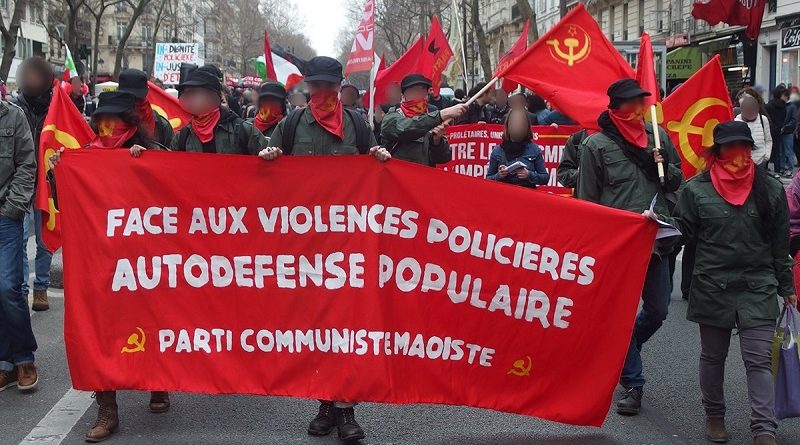 We are publishing here the tract distributed by the Maoist Communist Party for the March for Justice and Dignity. We are also adding a translation of the solidarity statement of the organisation Nagkakaisang Pilipino Sa Pransya (Filipinos United in France) and of Migrante Europe. (Photos of the demonstration at the end of the article.)

Popular Self-Defence in the Face of Police Violence!

Recent news has added many challenges that we must face in our daily lives: a state of emergency, institutional racism at the highest levels, attacks against working-class gains, strong confidence among fascists of all sorts, cops let loose in our neighbourhoods and in our struggles against us and the brothers and sisters of our class, …

But where there is oppression, there is resistance! And since the fight against the loi Travail [labour law], we see that we are more and more numerous in taking a stand. And once we take a stand, it is much more difficult to bring us down!

In opposition, the bourgeoisie and its guard dogs will do anything that they can to prevent us from retaking things for ourselves. The level of repression of the popular movement in relation to to daily police harassment and the state of emergency is high. Militarily, the French imperialist state bombs and kills in all four corners of the planet. The bourgeois, in order to get rich, have no problem throwing people out on the street, breaking families, causing suicides. Their level of violence is extremely high and it is clear that it will increase.

Our resistance exists, is living and is developing. Only the way of popular self-defense, clearly affirmed, generalised and organised will lead us to progress on the revolutionary path. We cannot remain satisfied with only the paths that the bourgeoisie would like to leave us. Our struggles, our perspectives carry the future, not this old state guaranteeing the exploitation and the oppression of our class.

The bourgeoisie leads a daily war against us. And the return of fire, that will be the revolutionary war. The people’s war, that is the war between two classes put into opposition by everything: on one side the bourgeoisie, and on the other, the workers and their allies. And this war is lead on all fronts: cultural, social, political, ideological, military, … It is a long process that requires getting organised, developing our own structures and retaking power in our hands.

“The people, and the people alone, are the motive force in the making of world history.”
-Mao Zedong

Against the war of the bourgeoisie, let’s prepare the people’s war! 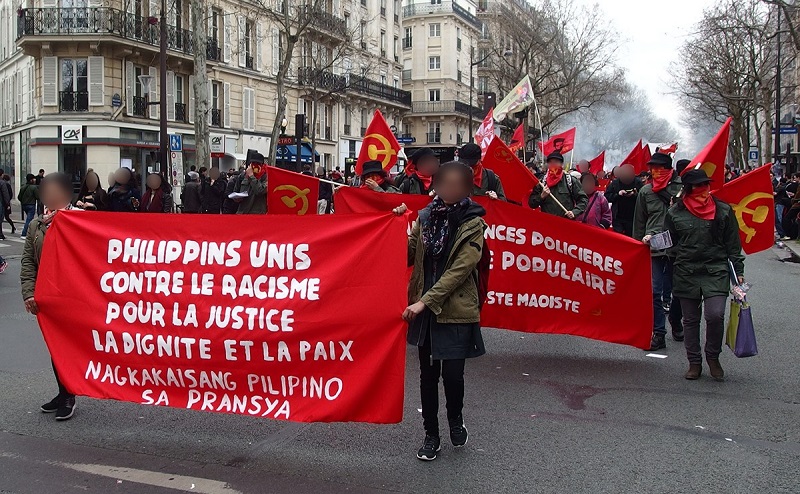 Nagkakaisang Filipino Sa Pransya (Filipinos United in France) and Migrante Europe express our warm greetings of solidarity to the organisers and participants of the march on the 19th as we rejoin the growing voice of the oppressed and exploited and of their defenders and supporters demanding justice and dignity for all.

Throughout the world today, the phenomenon of migration is undeniably changing the character and form of the world, both locally and abroad, and this is characterised by voluntary and forced migration.

In the case of many Filipinos, immigration is the product of extreme poverty and of unemployment; the result of an unfair social system in their country of origin. The worsening and deepening challenges in the Phillippines have aggravated the increasing amount of Filipino workers abroad, on both land and sea. There is more than 4000 Filipino migrants who leave the country each day and they can be found in more than 182 countries throughout the world.

The migrant workers and sailors have made a substantial contribution to the economies of their host countries and country of origin.

We leave our homes and our families to take care of other homes and other families. We leave our noble professions in our country to work abroad with the hope that we will get to benefit from the true fruits of our labour. We work as of nannies, we prepare food and beverages, we keep houses and offices tidy, we take care of the elderly and vulnerable, we wash and feed the pets of others, we maintain the ships that transport the goods and the people that feed the world and support the economy.

But despite our social contribution, many among us experience discrimination and abuse at the workplace. While some of us receive the appropriate salary and others do not, we all pay the taxes that we must pay.

Living as migrants here in France has made us vulnerable to exploitation and abuse, which makes us even more alarmed and concerned about the hard realities putting our communities in danger.

We join hands against the war on the poor and on migrants. More than ever, it is time to tighten our ranks and unite to liberate us from racism, police violence and humiliation. As a sign of support, we will be present on the 19th of March 2017.

Let us rise against racism!

Let us rise in the name of justice and dignity! 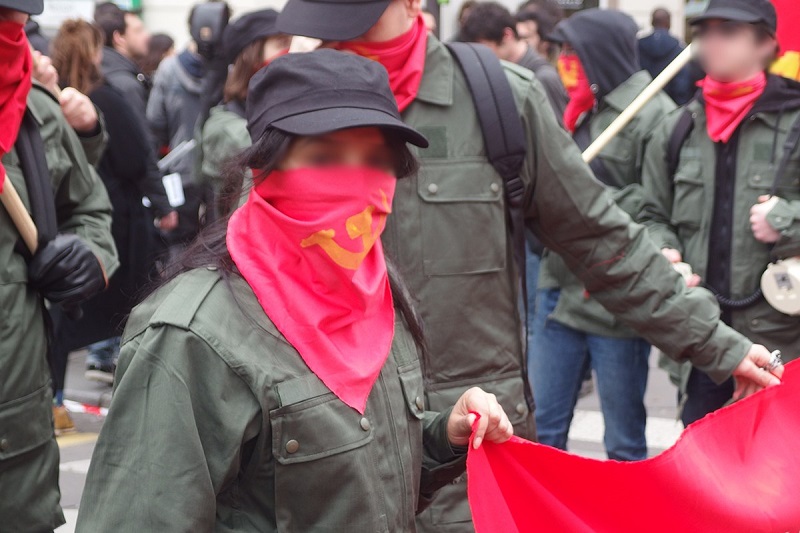 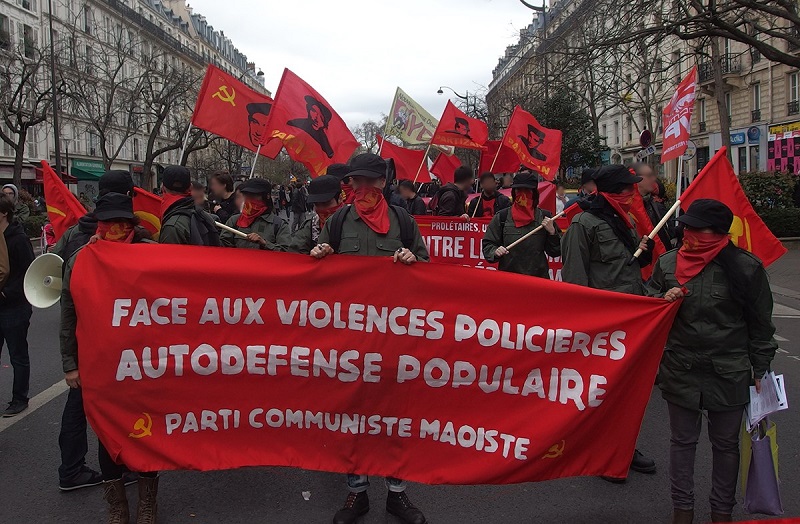