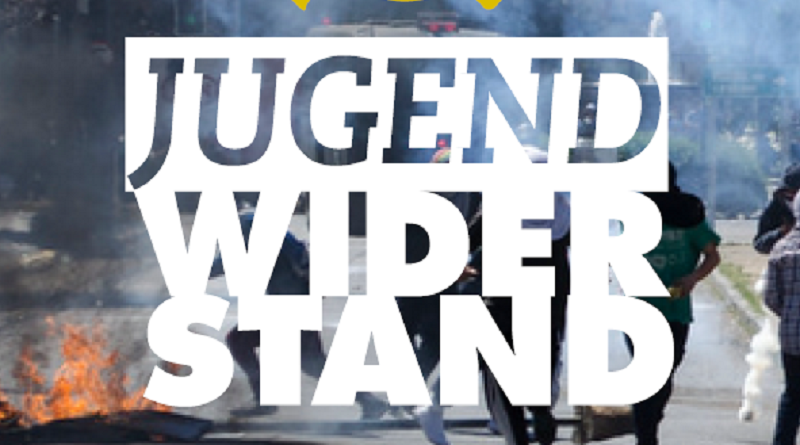 we are glad to inform you about the foundation of the organization Jugendwiderstand Berlin (Youth Resistance Berlin). After our first successful congress full of proletarian optimism and full of thirst for action we step forward to the challenges which young revolutionaries in our city and in our country have to face.

We consider ourselves as a democratic-centralistic revolutionary youth organization which fights against oppression and exploitation, against the genocidal capitalism in its imperialist stadium , for the socialist revolution in Germany on the way to a free future of communism and which is led by the ideology of the international proletariat: Marxism-Leninism-Maoism.

As a part of the international communist movement we are proletarian internationalists and this means first of all, that we solidarize and support peoples’ wars which are led by communist parties, national liberation movements and rebellions by proletarians of all countries and nations over the world. We want and we will contribute our part.

Our special task according to the character of our organization is, to reach young people from the deepest and widest parts of the proletariat and from other oppressed and exploited classes of Germany, politisize, mobilize and organize them in the struggle for their interests and against this system; further to develop and raise their consciousness through praxis on the street, marxist eduaction, revolutionary culture and proletarian discipline.