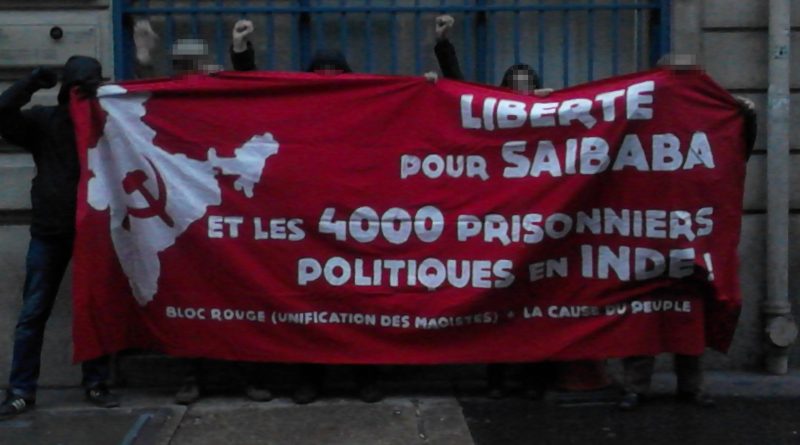 The first was the meeting organized by the Red Internationalist Collective (for the defense of revolutionary prisoners) [CRI Rouge].

With a good participation, the statements of the CRI Rouge, the Bloc Rouge, the Anti-Imperialist Committee, the Support Committee for the Moroccan People’s Struggle, the ATIK and the OCML-VP were followed by the showing of a documentary on the struggle of Maoists in India.

A debate on the necessity of building the movement of support, and how to strenghten it followed. This rich debate was based on an evaluation of the work already done in our country but also at the international level. In our opinion, several points have clearly emerged:

The second action was the deployment of a banner in front of the Indian Consulate, calling for the release of political prisoners.

It is high time to strneghten the work of solidarity with the People’s War in India!

We call all interested forces to take part in activities of support!