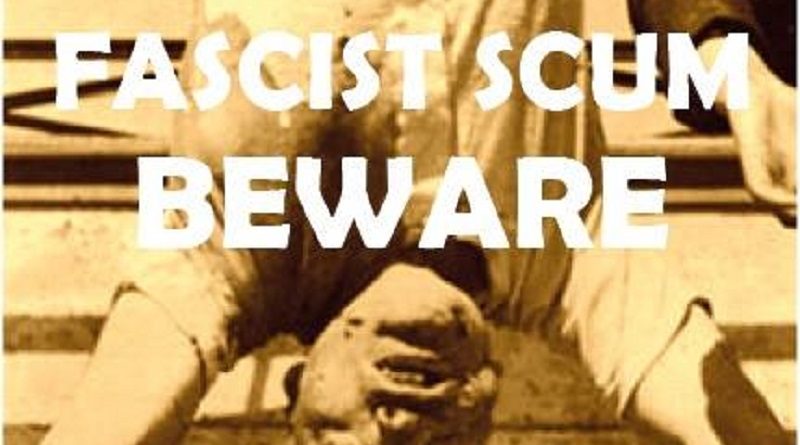 Austin ANTIFA Comrade have been arrested, they are in urgent need of our utmost support. Three Anti-fascists were arrested after being suspected of attending an action on the University of Texas Campus. Fascist organizing has escalated recently and multiple student organizations have issued the call to fight back. At a young conservative racist bake sale this morning masked activists expropriated the goods and stopped the sale. This afternoon ANTIFA buffed a white power Celtic cross and hung a big letter poster. The poster reading something to the effect of: anti-racist students have removed racist graffiti which the University of Texas has let stand for 8 months. A statement was read over a megaphone and comrades chanted ANTIFA. No one was arrested at the action but three of our comrades were detained after the fact and have been charged with felonies.

We need your help! These arrests were made in the context of increased fascist activity and state repression. InfoWars fascists have stirred the pot on the anti-gentrification struggles on Austin’s east side, mobilizing their base of violent fascists who have been online stalking, making death threats and planning demonstrations.

Red Guards Austin sends our utmost solidarity to these Anti-fascist political hostages of state repression. We must increase the pressure and organize on their behalf. Please consider a donating to Austin ANTIFA at the following link;

Dare to struggle dare to win!
Smash fascism on campus and in our streets!
SUPPORT OUR PRISONERS!