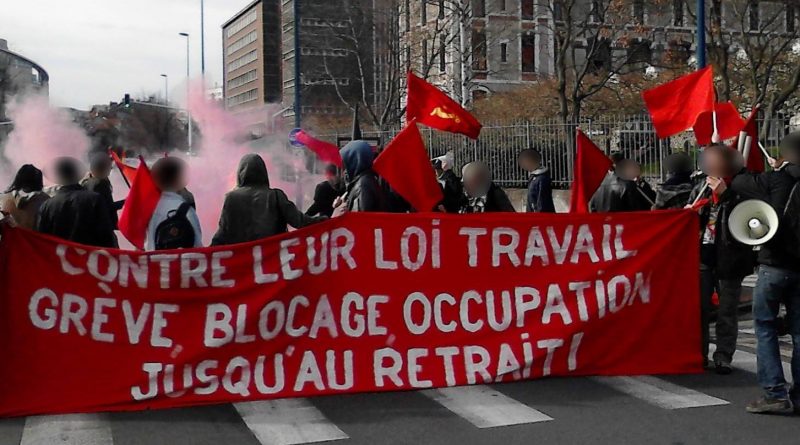 The Maoist Communist Party is a very young party. It was born throught the process of Unification of the Maoists which culminated in the formation of the Party. The basis of our Party is the necessity of the revolution against the capitalist system whose fundamental law is the search for maximum profit in a minimum amount of time. The proletariat, with the working class at its heart, is the revolutionary class of our time because it is on its back that the capitalists extort their profits through exploitation. From this point of view, when one analyzes the history of the worker movement, and especially its revolutions – principally the Paris Commune, the Russian revolution and the Chinese revolution – one can only conclude that the revolutionary ideology of our times is Marxism-Leninism-Maoism.

But ideology alone is not enough to change the world. That is why we are working on the construction of the three revolutionary instruments that will get us out of this rut: the Party, the United Front and the Fighting Force. The Party is the instrument that traces the road to the revolution, in the fire of class struggle and in close connection with the masses; The Front’s aim is to bring together, on an anti-fascist, anti-capitalist and revolutionary basis, all those who want radical change in society; The Fighting Force allows us to face our enemies, firstly in the spirit of popular self-defense. 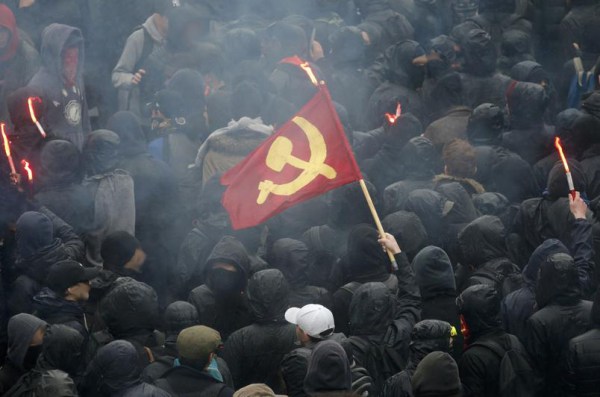 Since our Unification Congress last November, we have seen several things. First, in relation to the external situation. The bourgeoisie continues its offensive against the working class and the popular masses, as with the Labor Reform for example. French imperialism continues its war offensive, especially in Syria where bombs rain. The bourgeois parliamentarians, from the Front de Gauche to the Front National, passed emergency laws with the State of Emergency which will be extended until finally becoming permanent. Through the State of Emergency and the so-called fight against terrorism, it is in fact the poorest and most exploited strata of the population that are targeted: working-class neighborhoods. All those who dare to raise their heads are being repressed: Air France trade unionists, Goodyear workers, young people from working-class neighborhoods, revolutionary activists. Police custody, threats and pressure from cops, and bogus trials are becoming commonplace for anyone involved in the revolutionary struggle. But it will not make us lower our heads.

In this situation, where the profits of the monopolies reach record highs, where the shareholders are gorging themselves, where unemployment explodes, where wars set fire to several countries, pushes the contradictions to develop. And in this case, the bourgeoisie can resort to a more brutal solution: fascism. All over Europe, fascist parties are growing at the electoral level. The entire institutional “left” is stuck in the parliamentary swamp and no longer can delude people. Despair grows and without a powerful revolutionary movement, some people think they find an escape route in speeches that simplify reality, twist it and designate scapegoats to divert attention from the real ones responsible for the degrading situation. It is therefore critical to develop a revolutionary response capable of reversing this tendency. It will not be built in a day, but to climb a staircase, you must climb the first stair!

Since our creation, we see that the revolutionary dynamic is coming. It is a long process, which will take time, but which will only progress through the development of mass work amongst the working class – and more broadly of the proletariat – wherever it is found: in factories, working-class neighborhors, vocational schools, apprentice training centers, etc. The objective of this process is above all to raise our heads and take our affairs into our own hands. This can only be done by confronting the bourgeois state in order to destroy it and build the New Power that will build the society of tomorrow. This struggle takes place in all fields. This struggle that we must prepare for on the scale of the whole country is People’s War.

We therefore call on all those ready to take up combative positions to join us.

Sweep away your prejudices and stereotypes from school or the bourgeois media and prepare the ground for the revolutionary struggle!

We look to the past only to better prepare for our future!

Let us organize ourselves, as united nothing can stop us, not even their cops and their courts!

Against the offensive of the bourgeoisie, let us prepare the revolutionary response!