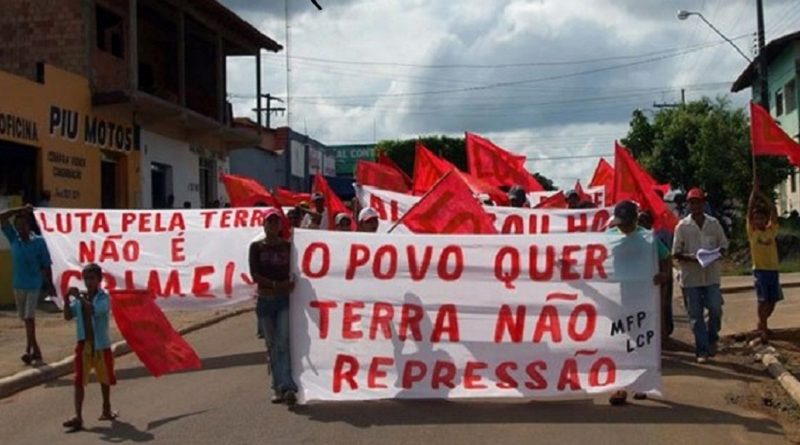 A combative demonstration with more than 500 people took the main streets of Montes Claros on March 16 to protest the attack by gunslingers at the behest of the latifundia against the families that occupy the Norte América farm.

The peasants, organized by the League of Poor Peasants (LCP) of Norte de Minas and Sul de Bahia and by the National Front of Struggle (FNL), demanded the settlement of the 200 families that have occupied the Norte América farm since February 18 of this year.

“The attack was planned here. It was clear that they wanted to eliminate the leadership. So the action is in support of the victims, but also calling for agrarian reform to guarantee the livelihood of the families there,” stated FNL coordinator Geraldo Pires de Oliveira in an interview with a monopoly newspaper (G1).

During the protest, which began at the Station Square (at the center of the city) and concluded at the Geraldo Athayde Exhibitions Park (in the Upper São João neighborhood), demonstrators also demanded the arrest of the perpetrators and sponsors of the criminal attack against the peasants occupying the Norte América farm, located in the municipality of Capitão Enéas, which occurred on March 8, a fact denounced in the latest edition of AND [A Nova Democracia].

The protest was attended by peasant from camps, settlements and revolutionary areas of different municipalities of Norte de Minas Gerais.