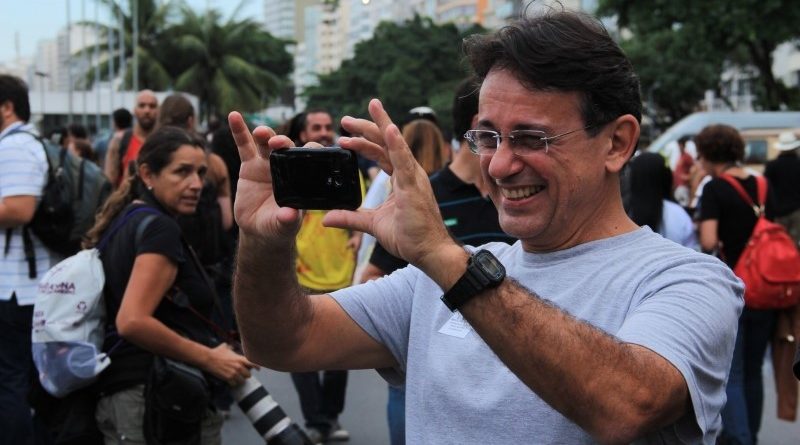 Last Friday, October 19, the comrade José Sales Pimenta, President of the Brazilian Center of Solidarity with the Peoples (Cebraspo) and prominent advocate of the right of the people to fight for their rights, died.

Pimenta also had intense political action since the student movement at the end of the decade of 1970, when he participated in the reconstruction of the National Union of Students (UNE). Since then, he has always participated in the struggles of the poor people in the countryside and in the city.

During his time at Cebraspo, he expanded the solidarity with the national liberation and revolutionary movements abroad, denounced attacks on the peasant movement and on the poor people from the slums of large cities, organized international missions investigating massacres in the countryside. He committed himself especially to the Constitution of the Brazilian Association of People’s Lawyers (Abrapo).

Zé Pimenta was also an enthusiast of popular and democratic press and an important supporter of the A Nova Democracia newspaper, disseminating the paper, suggesting guidelines, indicating sources, selling subscriptions, debating and constructively criticizing our work.

The comrade died in his hometown of Juiz de Fora – MG, where he was also veiled, on 20 October. He was honored with an exciting and combative ceremony held by his family, partners and friends.

José Pimenta, center of the table, mediating the political debate in defense of the 23 activists. Photo: Anderson Freitas