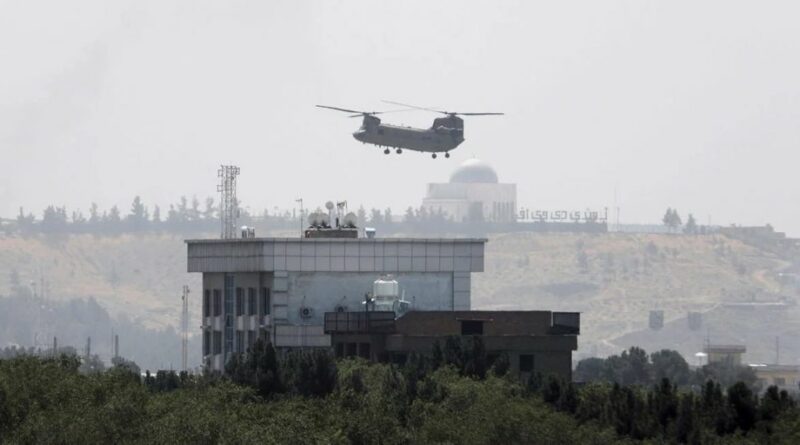 The Taliban blitzkrieg and retaking of government power in Afghanistan is the expected outcome of the planned withdrawal of US forces marking the end of the failed and much detested US imperialist war. In the span of just one week, the Taliban captured all the provincial capitals and cities, as well as all border crossings, before entering the capital city of Kabul yesterday. It is set to establish a new government.

The Taliban accelerated its offensives and seized power before the US forces could complete their scheduled withdrawal on September 1, underscoring the defeat of the US occupation. The frantic withdrawal of American forces in Afghanistan today is reminiscent of the madcap evacuation of Saigon in 1975.

The speed and ease with which the armed forces of the Taliban mounted their offensives prove the complete failure of the US aggression and occupation of Afghanistan to establish political rule and win the support of the people. The US imperialists sustained its occupation for 20 years only through the use of overwhelming military force.

It fully exposes the lies spread by the US imperialists that they are the “liberators” of Afghanistan. It is a testimony to the complete defeat of the US counterinsurgency and its pretensions of “whole-of-society” approach. It proves again the lesson learned throughout history that foreign aggressors cannot forever maintain their power in the face of a people determined to fight for their freedom.

The offensives of the Taliban were met with little armed opposition from Kabul forces, with many US-organized military units abandoning their posts. Neither was there resistance or widespread protests from the Afghan people who also bitterly detest the corrupt and criminal US puppet government of Ashraf Ghani which has brought them nothing but misery and poverty.

The return of the Taliban will undoubtedly pave the way for the entry of other big capitalist interests supplanting that of the US imperialists to plunder the land and resources of Afghanistan and exploit and oppress the Afghan people. It remains to be seen whether a Taliban-led government can effectively lead the country or ultimately implode as rival warlords protect their own self-interests.

The workers, peasants and broad masses of Afghanistan continue to aspire for national and social liberation. The conditions in Afghanistan are fertile ground for proletarian revolutionaries to emerge and provide political leadership to the struggle of the Afghan people for revolutionary change.