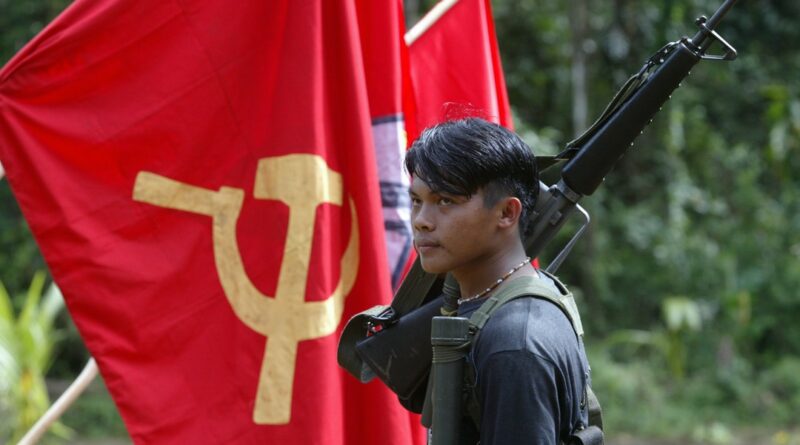 Red salute to the Red fighters of the Lucio de Guzman Command (LdGC) -NPA Mindoro who actively defended against the attack of the operating 4th IBPA and RMFB 4-B in Brgy. Panaytayan, Mansalay, Oriental Mindoro province on August 4, around 2 p.m. The NPA Mindoro thwarted the enemy’s attack and fought back well.

Taking the offensive posture, the LdGC unit fired ahead of the attacking enemy. The guard immediately fired and the command detonated explosives at the attacking soldier ten meters away from the comrades’ position. Four soldiers were killed while two were wounded. Meanwhile, no one was injured among the Red fighters.

After the battle, the 203rd Brigade immediately deployed a battalion of forces on the border of Mansalay and Roxas for pursuit operations. The executioners went from house to house and roasted at the scene of the battle. Residents were investigated. They even flew a helicopter to spread black propaganda. They are exploring Brgy. Panaytayan in desperation to find such a unit of the NPA Mindoro.

Mindoreños and the people of Southern Tagalog celebrate the active defense of the NPA Mindoro. It is part of the courageous struggle of the revolutionary forces and people of Mindoro to thwart the vicious campaign of the Southern Luzon Command (SOLCOM) to crush the revolutionary movement on the island since it was declared a priority of the counter-revolutionary war in the region in January 2021. Inspiration it to all NPA units in the ST to continue to hold the initiative in the battle and defeat the arrogant AFP-PNP.

MGC-NPA ST units will continue to repel AFP-PNP attacks to defend themselves and the people from further terrorism by the US-Duterte regime. The fascist AFP-PNP will turn NPA guerrilla fronts across the country into graveyards. The NPA will pay for every atrocity and brutality of the mercenary troops against the people.

Hold on to the fighting spirit of the people’s army, the guerrilla forces will further raise and intensify the people’s war. The strong bond of the broad masses of the people and the Red army is the guarantee of the victory of the national democratic revolution.