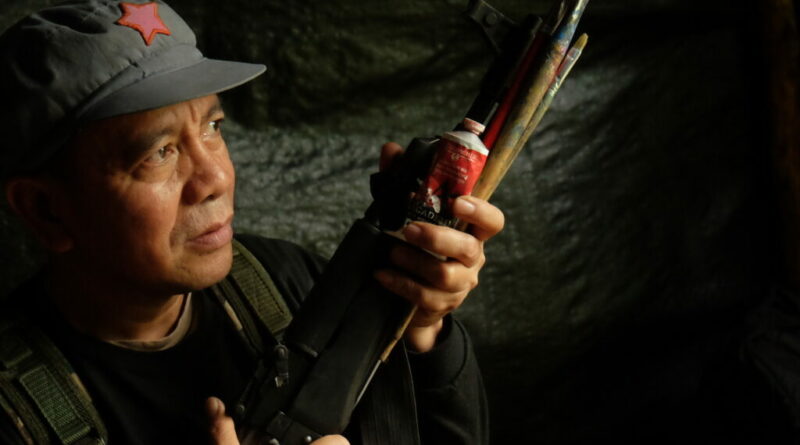 Marco Valbuena, Chief Information Officer of the Communist Party of the Philippines (CPP) countered the lies peddled by the military and police that Ka Parts was killed in a gunfight when he was supposed to be served an arrest warrant. “Ka Parts was unarmed and was in no position to fight,” Valbuena said.

Valbuena expressed outrage “at the barbarity of the criminal agents of the US-Duterte regime.” He strongly condemned and held accountable the 5th Special Forces Battalion and Philippine National Police for their crime of extrajudicially killing Ka Parts.

The CPP paid its highest tribute to Ka Parts Bagani as a Red Artist of the People and valiant warrior of the New People’s Army. “Ka Parts devoted his entire life and artistic talent to the Filipino people and their struggle against imperialism, feudalism and bureaucrat capitalism.”

“His artworks reflected the people’s yearning for freedom from oppression, exploitation, hunger and for national and social liberation,” Valbuena said. His art pieces gave life and color to many revolutionary publications, books, and other literature that motivated and endeared the masses.

Despite coming from petty bourgeoisie origin, Ka Parts’ heart belonged to the masses. According to him, “Parts” was derived from the contraction of “Pulang Artista ng Sambayanan.” And because he had a special love for the Lumad masses he took the name “Bagani” (a Lumad warrior) as a pledge to fight for their rights.

In 2007, his masterpieces were exhibited in UP Diliman which drew praises from people, artists and critics because of its distinct style and subject, where the masses and their warriors were always the centerpiece.

“Ka Parts was humble and was never conceited nor arrogant,” added the CPP. Even to those whom he just met, Parts was easy to get along and was good company. He share his talent with anyone who wanted to learn to paint, illustrate and sculpt.

Although he was known as a revolutionary artist, Ka Parts was primarily a Red fighter and military cadre of the NPA. The Party noted his immeasurable contributions to advancing the armed revolution in the Southern Mindanao Region and other parts of Mindanao.

“Ka Parts’ life will forever serve as an inspiration to the Filipino people, to Red fighters and to revolutionary artists in all fields of art who are one with the workers and peasants in their aspiration and struggle to reshape society and the entire world, to erase oppression and exploitation and sculpt a new system of progress and freedom.” the Party declared.