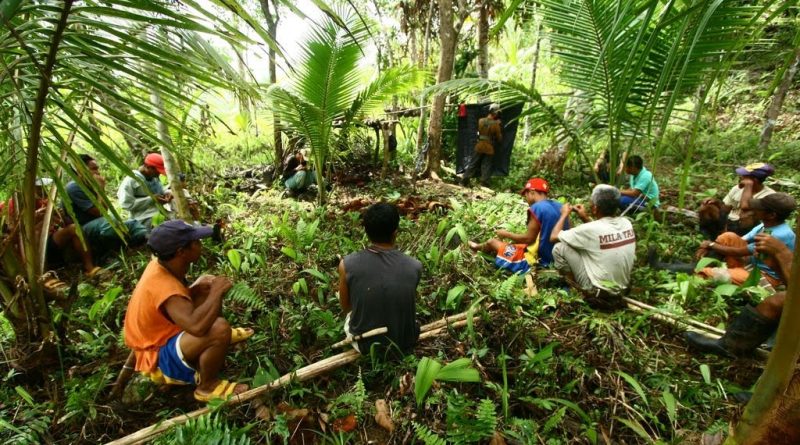 The National Democratic Front-Eastern Visayas today exposed the widespread extrajudicial killings and human rights abuses in Matuguinao town, Samar since GRP President Rodrigo Duterte sat in power, as part of his regime’s mass killings of civilians more than any other puppet president.

“Elements of the 63rd Infantry Battalion-Philippine Army, paramilitary groups and private armed groups controlled by warlord politicians have plunged the town into a state of lawless violence, where they illegally arrest, summarily kill, torture, interrogate, stab, behead, and desecrate the remains of civilians accused of being members or supporting the CPP-NPA,” said NDF-EV spokesperson Fr. Santiago “Ka Sanny” Salas. “Such atrocities used against civilians merely suspected of being CPP-NPA supporters remind us of the dark days of the dictator Marcos.”

From 2017 to 2019, up to 17 civilians have been killed in Matuguinao, according to reports reaching the People’s Democratic Government. Eight were killed in 2018, while at least four peasants were killed in the first eight months of 2019, the latest victim a certain “Nonoy” of Brgy. Libertad who was shot to death last August 8 while working on the farm.

Fr. Salas noted that the military, paramilitary and goons of mayor Aran Boller are closely linked and collaborate in “counterinsurgency.” Last January 29, civilians Jimboy “Louie” Espina, 35, of Brgy. Rizal and Jhoni Floquencio, more than 40 years old, of Brgy. Salvacio were killed while they were farming. Last March 19, soldiers together with members of paramilitary group Hapa-hapa/Dos shot Bolo Obiado, resident of Brgy. Maligaya, while stabbing him to death. Last April 19, soldiers covered the heads of Pidio Opinion, 70, and Dolfe Bantilo, 40, with cellophane to force them to point to the location of an alleged NPA camp.

“The atrocities in Matuguinao show that Samar is under an undeclared martial law. The military employs terror tactics against suspected supporters of the CPP-NPA to shock the people of Matuguinao into silence, force them into submission, and make them withdraw their support from the revolutionary movement. Through the whole-of-nation/government approach, they also collaborate with local reactionary politicians for their ‘counterinsurgency’ operations. Moreover, Matuguinao mayor Aran Boller is an active agent of the intelligence service of the AFP and is personally involved in many of the killings committed by his goons,” he noted.

Fr. Salas called on the media, human rights advocates and other peace-loving people to expose these abuses and seek justice for the victims of the military’s brutalities. “On the 47th anniversary of Marcos’ martial law declaration, we call on the people of Eastern Visayas to fight Duterte’s Memorandum Order 32 and Executive Order 70, and unite and oust Duterte for his fascist tyranny, corruption and puppetry.#