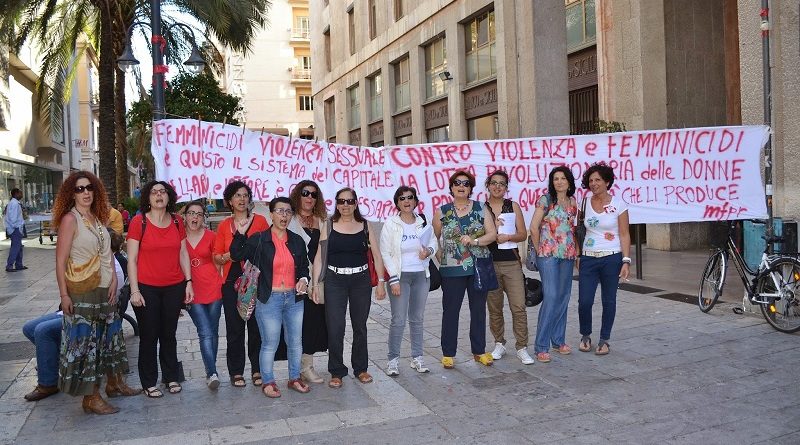 This morning the police of Aquila searched the house and the car of a MFPR comrade, investigated for the offense under Article. 595 C.P., aggravated defamation.

They seized one desktop PC, a laptop, a smartphone and several pen-drives, which are judged likely to regain the “defamatory letter”.

The mandate does not say anything about who is the “victim” of the crime, nor specific in what is the “aggravated defamation”, and the agents who carried out the search didn’t want to say anything about it, but it seems clear that this is related with the same repressive proceedings brought against a comrade in Rome, also raided last May.

The Aquilano lawyer of the heinous rapist had denounced comrades for having distributed a letter in which it said it’s better for the defender of this rapist not to even try enter the International House of Women. Thanks to this letter, a wide network of feminist solidarity made their protest heard and managed to defend a space which was created for all woman against gender violence, from the entrance of the violence of the one who defended this “rape trial”.

The prosecutor of Aquila becomes the tool of arrogance and of revenge of those who have defended a rapist in the most outrageous way to all women and now wants to get back at those who showed it for what it is. So started the witch hunt, in Rome yesterday, today in Aquila, for those who wrote and made and circulated this letter.

But those who persecute us delude themselves if they believe that their charges can silence us.

Women who have shared that letter and spread it are many, many more than you could ever pursue. Hundreds have already responded to the call from the site ciriguardatutte.noblogs.org to sign the letter facing the risk of being accused and others will do so because we’ll never shut up and we will never tire of fighting men who hate women, against the institutions that would prevent their voices to be heard, against the state that represses women who rebel!

Because “The cruelty and cowardice of men who in a February night massacred the body and the life of a woman, and left her to die in the snow CONCERN EVERYONE“.