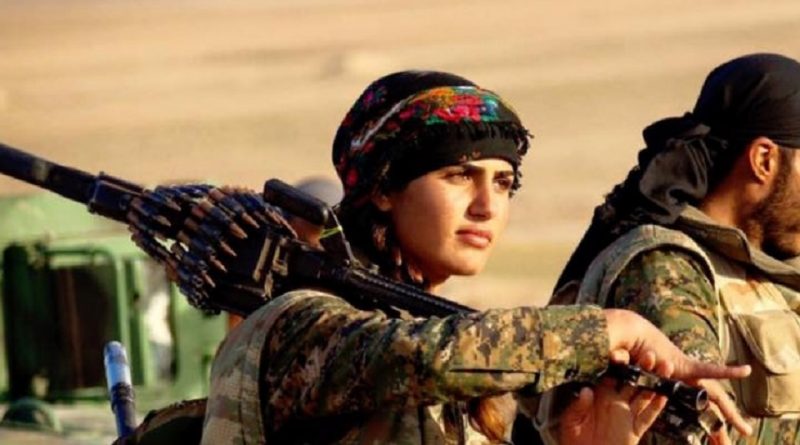 Kurdish officials, fighters and activists have criticised the Western media’s portrayal of Women’s Protection Units (YPJ) fighter Asya Ramazan Antar, nom-de-guerre Viyan Antar, who was killed in the battle with Islamic State (IS) in Manbij recently.

The UK Times and other Western media outlets ran stories about Antar’s death with headlines likening her to actor Angelina Jolie.

Although Kurdish activists welcomed the reporting of 19 year-old Antar’s story on social media, they were also quick to criticise the portrayal, with some pointing out that the emphasis should be on Antar’s struggle rather than how she looked.

Speaking to Jiyar Gol and Güney Yildiz from the BBC, Kurdish officials in Rojava/Northern Syria also said they were disappointed by some of the media portrayal because it devalued the women’s struggle for equality.

Choman Kanaani, a Kurdish fighter now responsible for rebuilding Kobanê said, “The entire philosophy of YPJ is to fight sexism and prevent using women as a sexual object.”

“We want to give women their rightful place in society and for them to own their own destinies. Viyan died for these ideals. In the media, no-one talked about the ideals for which she gave her life, nor what Viyan achieved for women in Rojava in the past four years.”

Agrin Senna, a YPJ commander also lambasted the comparison with Angelina Jolie and said all of the women fighters who had died and had refused to live under IS’ rule were equal.

“Look at their pictures, they are all angels, all beautiful, you can’t pick one just because she looks like a Hollywood actress, Angelina Jolie or Julia Roberts.

“They have nothing in common with them. They prefer to die rather than live under one of the most anti-women groups in the world.”

Kurdish activists and officials have criticised Western media before for ‘whitewashing’ the Kurds’ struggle for autonomy, especially in Rojava and Turkey (Northern Kurdistan).

Critics have said news reports and opinion pieces do not give enough context about groups and movements fighting for gender equality, preferring to skip ideological and organisational information to foreground stereotypes or images of beauty.