Activists and friends of Tjen Folket organized Red Blocs, in multiple places accross the country during this year’s 8th of March celebrations.

Ahead of the event, activist all over the country has worked diligently with preparations, poster-actions and banner painting.

At the day of the event, activists gathered to prepare event sites for the events before and after the march. This consisted of making food, preparing flags and other material. After the preparations, the leaders of the red bloc informed people about the program and plan for the day. 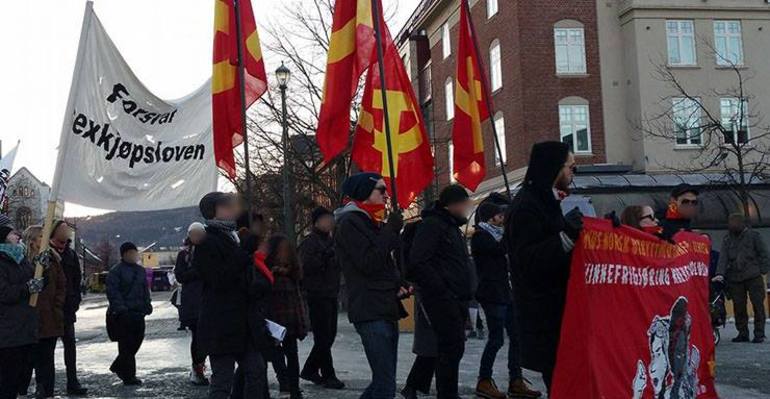 In Trondheim, the activists walked to the public meeting place in the top of Nordre gate. Here, the banner and the flags were put up, while over a hundred flyers were handed out, before the group went to the official 8th of March event.

From there, the activists formed a red bloc in the march. Not long after the march started, activists spotted a man throwing eggs at other participants of the march, from the sidewalk. Three activists split from the bloc and confronted the man. He seemed confused and unstable, but stopped throwing and left when he was told to.

The activists shouted slogans throughout the march, against capitalism, fascism and patriarchy. They also handed out Tjen Folket’s bulletin to many people. The bloc got many positive responses, especially the banner and the bulletin – as well as the banishment of the unstable provocateur.

Red bloc for the second year in a row in Stavanger 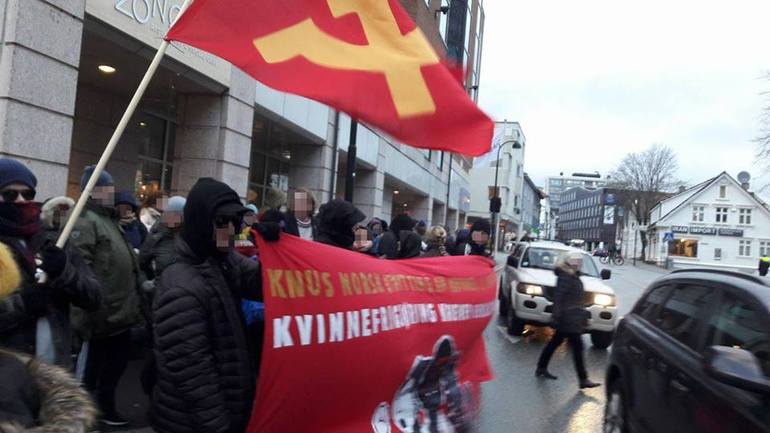 In Stavanger, a red bloc was formed for the second year in a row. The bloc first gathered at Arneageren, and continued on through the streets to where the 8th of March Committee hosted their event. Here, the activists listened to speeches, and handed out many copies of the bulletin. The activists also handed out flyers and got in touch with many people.

Tjen Folket also celebrated international women’s day in Oslo, by organizing yet another red bloc. The activists first gathered at Arbeidersamfunnets plass, before they walk together to the 8th of March event at Youngstorget. Here, the activists handed out bulletin and flyers, and acquired several acquaintances.

The activists formed their own bloc in the march, shouting slogans like “What are we going to do? – Smash the patriarchy! When are we going to do it? Now!”, “Racists and rapists – out of the government” and “Proletarian feminism – women’s struggle for communism!”.

After the march, an open meeting was held with speeches from activists, followed by discussion, food and revolutionary music.

Report from Red bloc in Kristiansand 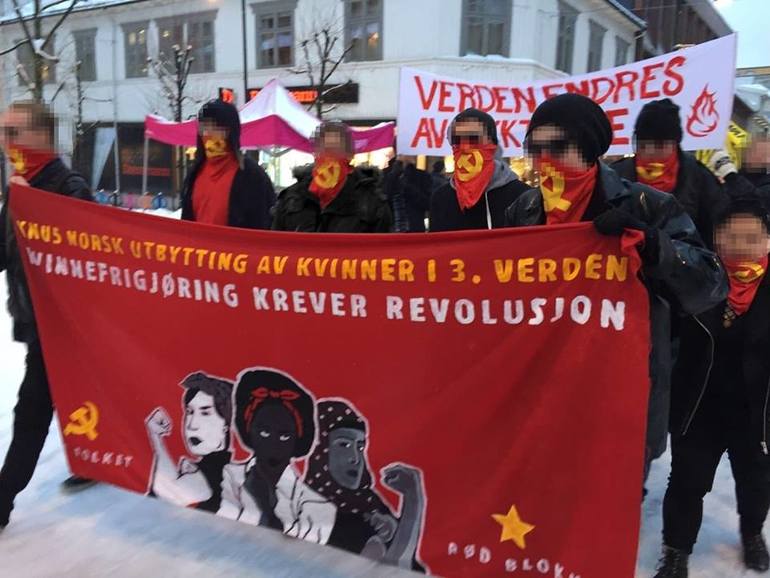 In Kristiansand, the activists started the day at Camilla Collets plass, where speech

es were held. Thereafter, the march begun and the red bloc marched together with the rest of the march through the town center. 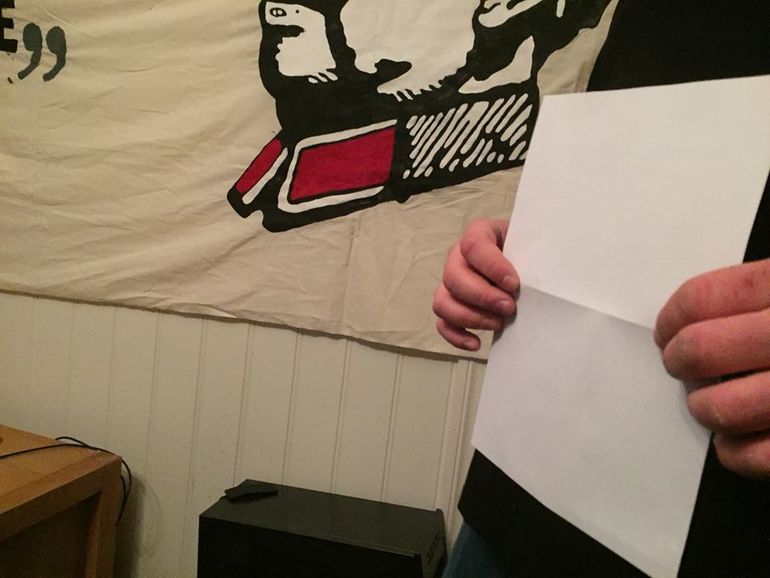 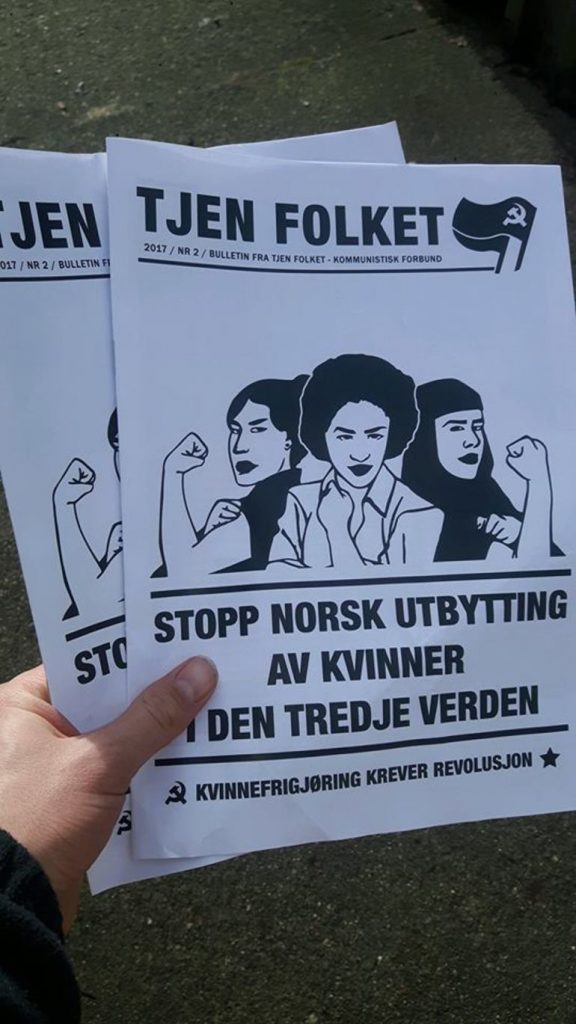 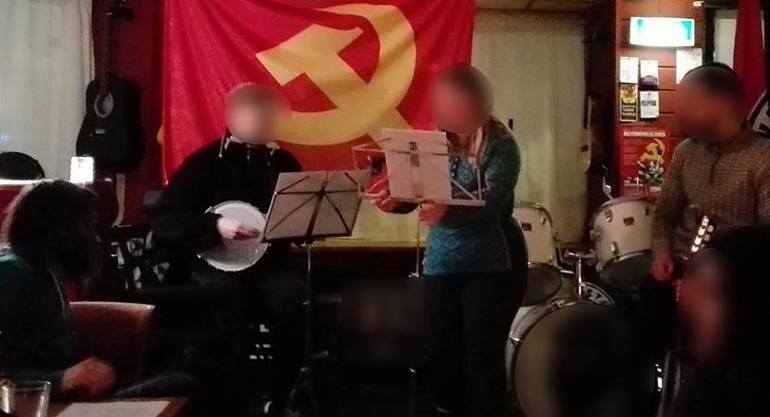