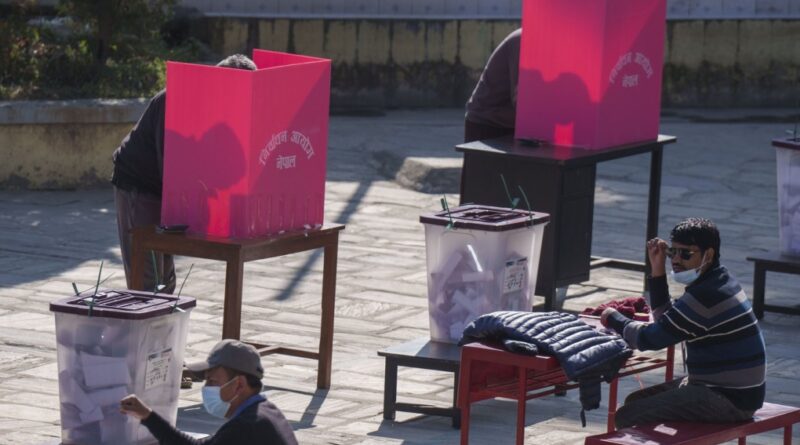 Chitwan District, November 20, 2022: A squad of cadres belonging to the Communist Party of Nepal-led by Netra Bikram Chand set ballot boxes on fire at a polling station in Chitwan’s Rapti Municipality.

A group of about 20 cadres, who were shouting slogans at the polling station located at Brahma Thani National Basic School located in Rapti Municipality-8 set the ballot boxes on fire at about 8:30 AM this morning.

According to Suraj Sharma, polling officer of Brahmathani National Basic School, the outer part of the ballot box of ‘B’ booth has been burnt. He said that an all-party meeting has approved the use of the same ballot box for the poll.

The cadres belonging to the Chand-led party also tried to set the booth on fire by sprinkling petrol. Polling Officer Sharma said that he was able to prevent this with the help of security personnel.

Sharma said that they felt insecure with the rusty weapons that Nepal Police personnel on duty had in their possession. He said, “We felt unsafe for a while. It took half an hour for the Armed Police Force and the Nepal Army personnel to arrive at the polling station.”

The voting process was affected for about 45 minutes after the fire. The voting resumed after the cadres of the Chand-led group fled the scene after the APF and NA personnel arrived at the polling station.