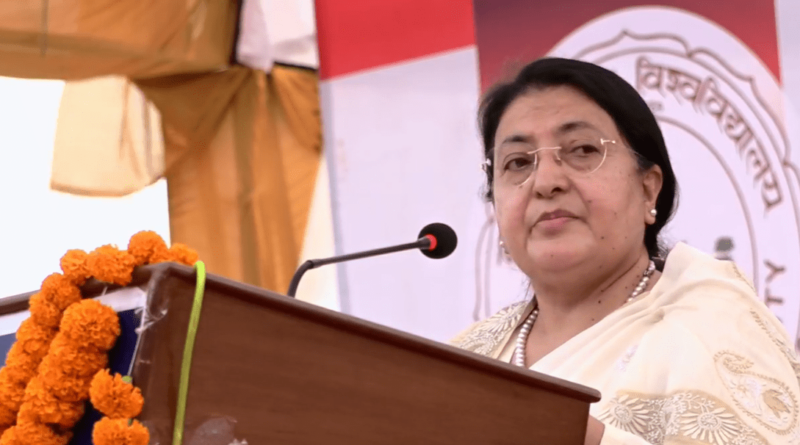 Kathmandu, September 8, 2022: President Bidya Devi Bhandari has intensified consultations with different quarters on the issue of the Citizenship Bill that has been sent by the Parliament for authentication.

On Thursday, President Bhandari is holding a discussion with leaders of the Janata Samajbadi Party on the issue.

On Wednesday, she consulted with the leaders of the CPN (Revolutionary Maoist), Baigyanik Samajwadi Communist Party, CPN (Majority) led by Dharmendra Bastola, and Netra Bikram Chand-led Communist Party of Nepal at Shital Niwas.

During the meeting, the leaders of the fringe communist parties said that the initiative taken by the President was positive when it came to the Citizenship Bill.

Meanwhile, President Bhandari is also holding a consultation with senior retired officials of the Nepal Police and Armed Police on Thursday itself.

The President had earlier sent the Bill back to the Parliament for reconsideration after a series of discussions.

However, both Houses of Parliament sent it again to the President for approval.

There is a constitutional provision that the President should approve the Bill within 15 days.