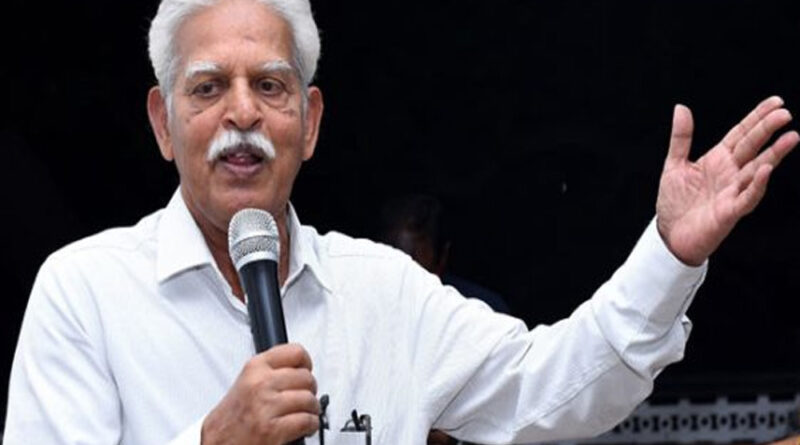 Nagpur District, August 6, 2021: The Nagpur Bench of the Bombay High Court has permitted Telegu poet and Political Prisoner Varavara Rao to move his regular bail application before the division bench. Earlier, his bail application was listed before Justice Rohit Deo, however his attorney demanded that it should be heard by the bench of two judges.

The 82-year-old poet and Political Prisoner was initially released by the high court on a temporary four-week bail on medical grounds on February 23, 2021, but the Gadchiroli court had refused to accept his two solvent sureties of Rs50,000 on the ground that those were from Telangana. His attorneys had pointed out to the HC about difficulties faced by him after he was admitted at Mumbai’s Nanavati Hospital for treatment.