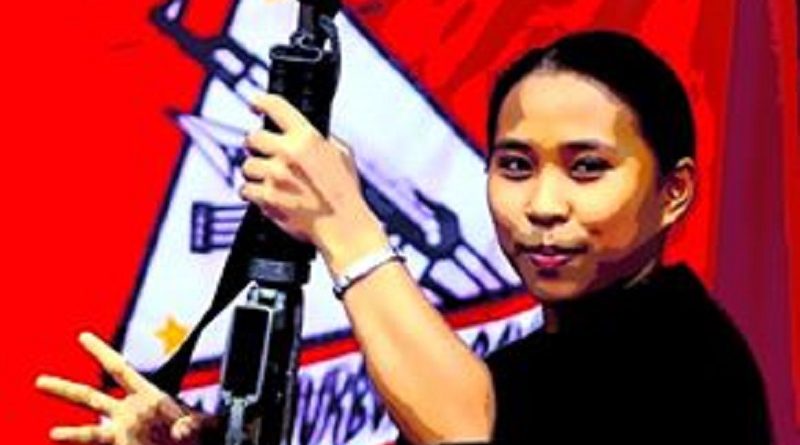 On this historic day of women’s collective actions becoming a worldwide force to be reckoned with, Filipino revolutionary women under the banner of Malayang Kilusan ng Bagong Kababaihan (MAKIBAKA) continue the fierce tradition of strong women resisting and fighting along the line and program of the national democratic revolution against the semi-colonial and semi-feudal system. As we celebrate the International Women’s Day, we recognize and vow to overthrow the primary enemy of Filipino women and the entire Filipino people today: the US-Duterte regime.

At the helm of this regime is Rodrigo Duterte, who is misogyny personified. He is a chauvinist who claims to cherish the memory of his late activist mother but reduces our worth to our sexual organs and orders his rabid dogs in the AFP to mutilate women who dare defy his tyranny and dictatorship. He is a barefaced liar who has long taken credit for the hardwork of activist women in Davao City in realizing pro-women programs and legislations in order to deodorize the stench of his deeply-entrenched sexism.

Duterte is a rabid patriarchal tyrant who preys on hapless poor women and children with his disastrous policies and persecutes activist women and vocal women figures from the opposition and the media. Protected by his equally macho fascist military generals and avaricious cronies from the ruling bourgeois-comprador, landlords and his imperialist masters, he basks in utter impunity, perpetuating abuses against Filipino women and their children while pillaging and destroying their homes and livelihood.

The US-Duterte regime exacerbates the inherently miserable state of women in the country. In the rural areas, already deprived of land to till, peasant women will suffer greatly as a result of Duterte’s enactment into law of the rice tariffication measure which will flood the country with initially cheap imported rice. With rice cartels controlling supply and price of rice in the country and the criminal neglect that the reactionary government has long perpetrated against peasants, rice farmers, women comprising almost half of them, fear the loss not only of their incomes but their land as well.

Lumad mothers, especially in Mindanao, grieve as their Lumad schools, which they painstakingly built themselves amid long decades of government neglect, are being systematically closed down by AFP troops and their paramilitary forces Bagani and Alamara. The AFP’s heightened militarization and the attendant fascism under martial law and Oplan Kapayapaan force Lumad and peasant women, along with their families, to flee their communities and livelihood. While women and their families are being driven away, the corrupt Duterte regime affectionately welcomes large foreign plantations and mining companies that rape and exploit the peasants and Lumad’s resources and ancestral land.

In the towns and cities, the torment endured by mothers and wives of the thousands of victims of Duterte’s genocide against poor people, activists, mass movement leaders, peace advocates, the religious and even hapless children via Oplan Kapayapaan, his martial law and Oplan Tokhang are being aggravated by the fascist regime’s impunity. The sentence of death has already been meted against the urban poor who find no work because of absent national industrialization, while Chinese workers are being given work and allowed to stay in the country. Those who do find employment are beset with depressed wages that barely sustain decent family living and permanent contractualization. In the midst of all these, more and more women are forced to find work abroad, an alarming number of whom fall prey to human trafficking, sexual harassment or rape.

However, these very forms of oppression—under the auspices of neoliberal policies being implemented through stark fascism—enflame further the hatred of the fighting Filipina and arouse more and more women to rally to the cause of the revolutionary struggle against US imperialism, landlords, bourgeois-compradors and bureaucrat capitalists. Despite the desperate red-tagging of the US-Duterte regime against all forms of dissent in vain attempt to suppress and discredit legitimate demands, coupled with forced surrenders of civilians in the countryside, women in their millions continue to resist in order to realize genuine agrarian reform, higher wages, the end to contractualization and other democratic rights.

More importantly, more and more women are choosing to join the highest form of struggle—advancing the revolutionary armed struggle being waged by the New People’s Army. Women Red fighters, majority of them from the youth sector, are undertaking varied military and political tasks in the NPA. They are military commanders, political officers, intelligence operatives, medical officers, cadres for instruction, propagandists or production planners in various units and formations of the Red army. They are tempered in the people’s protracted war, proving their revolutionary mettle in the face of fierce hardship and sacrifice, especially in Duterte’s martial law in Mindanao. Their increasing number and all-round participation in the revolutionary armed resistance is a big slap on the face of Duterte’s misogyny and macho-fascist rule.

While the ruling class is in mayhem with the upcoming midterm elections, Filipino women will reject Duterte’s favored candidates as more and more of them realize the futility and circus that is the reactionary elections. They understand clearly that only through the national democratic struggle will there be any significant and worthwhile change in the lives of the Filipino people.

In the face of intensifying oppression and fascism as in the time of the Marcos dictatorship, Filipino revolutionary women learn the lessons of history and continue to stand by their class interests as workers, peasants, petty-bourgeoisie, urban poor and national minorities in order to end the brutal rule of the US-Duterte regime, attain revolutionary justice for the Filipino people and realize genuine social change though the national democratic revolution.