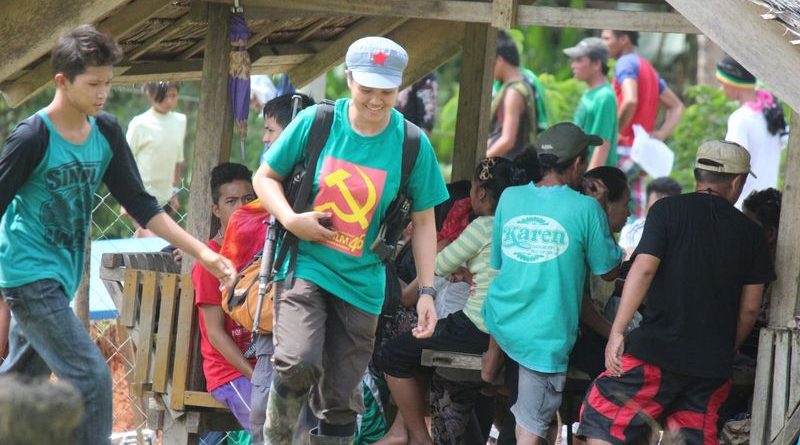 The National Operations Command of the New People’s Army (NPA) commends the Southern Mindanao Regional Operations Command for successfully meting out a punitive action against the Lapanday Food Corporation of the Lorenzos, despotic big landlord and big bourgeois compradors responsible for widespread landgrabbing against the peasants and farmworkers in Davao, Bukidnon and elsewhere.

Several platoons of the NPA carried out simultaneous raids to incapacitate the operations of a plastic plant, a box plant and a ranch of the Lapanday company. They were able to confiscate at least 39 firearms which the Lorenzos have used against the peasants and farm workers.

The NPA action is in solidarity with the struggle of the peasant masses and farm workers whose land have been grabbed by the Lorenzos.

Just a few days ago, the Lorenzos employed 700 armed guards in collusion with the local police to block several hundred peasant farmers from claiming their 120-hectare land in Barangay Madaum, Tagum City. This act openly defied the order of the GRP’s Department of Agrarian Reform favoring the installation of he peasant farmers as beneficiaries of land distribution. On December 2016, company guards shot at protesting farmers. Over the years, Lapanday has grabbed vast tracts of agricultural lands through contract-growing schemes and so-called agribusineness venture agreements.

This anti-land reform acts and operations of the Lorenzo’s is what Defense Secretary Lorenzana defended when he denounced the NPA action against Lapanday as “terrorism.” Lorenzana’s “terror”-tagging is a vain attempt to downplay and counter the just demands of the peasants. In doing so, he is coming to the defense of the Lorenzos and Lapanday for its landgrabbing and acts of repression against the peasants.

Indeed, Lorenzana is the defender of the big landlords and big bourgeois compradors and its outmoded system of haciendas and plantations for export which has kept the country in the era of past banana republics.

The Filipino people, especially the millions of landless peasants, applaud the NPA action against Lapanday. The NPA action against the Lapanday corporation is completely just. Under the leadership of the Communist Party of the Philippines, the NPA, an army of mostly poor peasants and farm workers, will carry out all necessary actions to favor their clamor for genuine land reform and social justice.