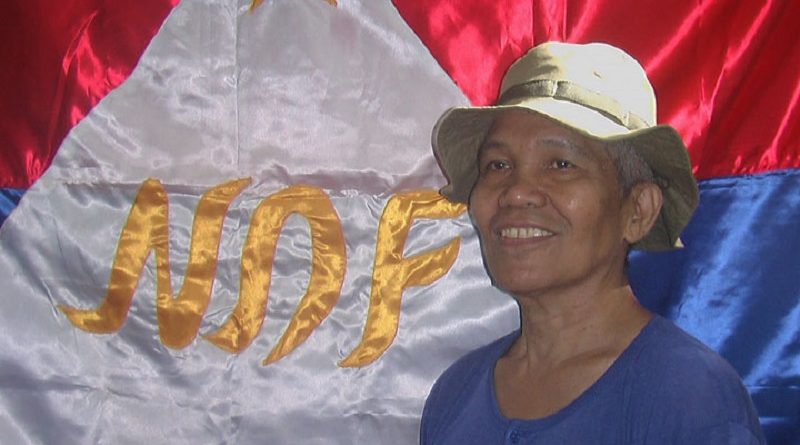 We greet the National Democratic Front of the Philippines (NDFP) on its 46th anniversary today. The NDFP was founded as a united front for the armed struggle a year after the declaration of martial law by the fascist dictator Ferdinand Marcos. It is the secret and most consolidated alliance of the basic revolutionary forces who are advancing the national democratic revolution through people’s war. Today, with 18 allied organizations led by the Communist Party of the Philippines, the NDFP remains more than ever relevant as we confront the emerging fascist dictatorship of the US-Duterte regime.

The prospects for resumption of peace talks between the NDFP and the Government of the Republic of the Philippines (GRP) are extremely dim at present. The GRP uses the slogan of peace to legitimize its brutal pacification program, Oplan Kapayapaan. GRP President Rodrigo Duterte has approved a virtual civilian-military junta called the National Task Force (NTF) to “end the communist armed conflict.” Thus, on top of appointing more than 60 ex-generals and military officers to various civilian agencies, the entire civilian government is now subordinated to the Armed Forces of the Philippines and its “counterinsurgency campaign.”

Thus, every aspect of government is tailored for political repression. Through the NTF and the “whole-of-nation/government” policy, Duterte intends to compel all to bow down to his tyranny and to extend his family’s plunder.

Even before formally approving the NTF, the AFP in the region had already been actively using local government officials to cooperate in psywar and military operations. Those who resist are threatened with legal repercussions and physical harm. For example, barangay officials in San Jorge and San Jose de Buan towns in Western Samar were threatened with the massacre of their entire villages. Others, like those in Can-avid, Eastern Samar, and Calbiga, Western Samar, were duped into “surrendering” and joining anticommunist gatherings in the guise of “peace rallies.” The Duterte regime is also active with the Red-tagging of progressive personalities and organizations as well as the political oppostion.

These actions are violations of human rights and international humanitarian law as well as the 1987 constitution. Duterte’s despotism hasten his isolation and the formation of the broad united front against his rule.

Aside from becoming ever more oppressive and exploitative in advancing the neoliberal agenda of US imperialism, the US-Duterte regime also sabotages the peace talks with promoting “local peace talks.” But the local peace talks that the 8th Infantry Division of the Philippine Army now promote are but an old hat method to attempt to divide and rule over the revolutionary forces. These overtures do nothing more than serve up a framework for surrender and inclusion into the Enhanced Community Livelihood Integration Program (E-CLIP). The E-CLIP is a major corruption racket where fake surrenders running into unbelievable numbers are made up and simply recycled while military officials rake in millions from these false “accomplishments.”

With fascism and a full-blown dictatorship menacing the Filipino people, there is no other recourse but to unite and wage all forms of resistance to stop and eventually overthrow the nascent Duterte dictatorship. Even as he has yet to complete his dictatorial scheme, Duterte has surpassed his idol Marcos in rights violations with the mass murder of tens of thousands. The Filipino people certainly need to stop Duterte in his tracks and fulfill their vow in 1986 after ousting Marcos to never again allow a fascist dictatorship in the Philippines.

The NDFP in the region thus calls on its allied organizations to advance the unity, cooperation and coordination of all patriotic and progressive classes, sectors and forces, within as well as outside the framework of the NDFP. We must strengthen the united front to for the armed struggle and support the advancement of the people’s war towards full-scale guerrilla warfare. The NDFP in the region must fulfill the tasks in paving the way for the establishment of the people’s democratic government, serving as the voice of the allied organizations in various national and international issues, linking the revolutionary movement to the broad masses of the people and garnering the broadest support for thearmed revolution, and representing the revolutionary forces and government.

Let us fight through armed and unarmed means the fast rising US-Duterte fascist dictatorship. Let us fight for national and social liberation towards a just and lasting peace.