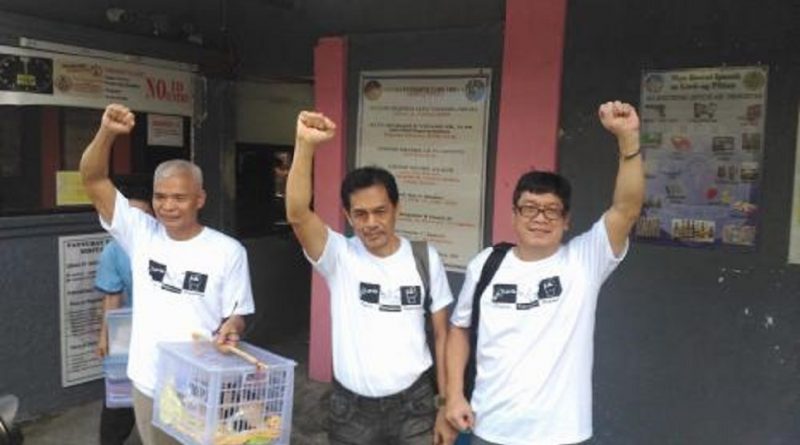 We, National Democratic Front of the Philippines (NDF) peace consultants, who are being released today, and others expecting to be released the next few days, in time for the resumption of formal peace talks with the present Government of the Republic of the Philippines (GRP) and, in the spirit of overcoming a long-standing main barrier to the peace talks, appreciate that the matter of the foul arrest and detention of NDF peace consultants by previous regimes is now being rectified by the new Duterte regime.

We appreciate, too, the higher ups’ immediate and direct intervention to overcome petty bureaucratic hitches that have delayed, at the implementation level of some courts and local jail authorities, the release of a number of detained NDF peace consultants.

We see such interventions as indications of the new Duterte regime’s real interest that the resumption of the NDF-GRP peace and talks would immediately be pulled through, and that barriers to such would be overcome.

We appreciate a lot, too, the devotion and hard work of our people’s lawyers, human rights workers and people’s cause advocates, as well as personnel of the NDF to see to the implementation of our soonest release.

If foully detained NDF peace consultants are now freed and are able to participate in the peace talks, we expect that they will be able to qualitatively help a lot in the NDF’s work in the peace process.

In the meantime, we are also seriously pushing for the soonest release of all other political prisoners — more than 500 of them throughout the country.

We are most seriously interested and hoping for significant progress in the peace talks, and seek to work out agreements in the various comprehensive agenda.

We hope to reach agreements for solutions to long-standing basic socio-economic-political problems towards the qualitative betterment of our nation and people.