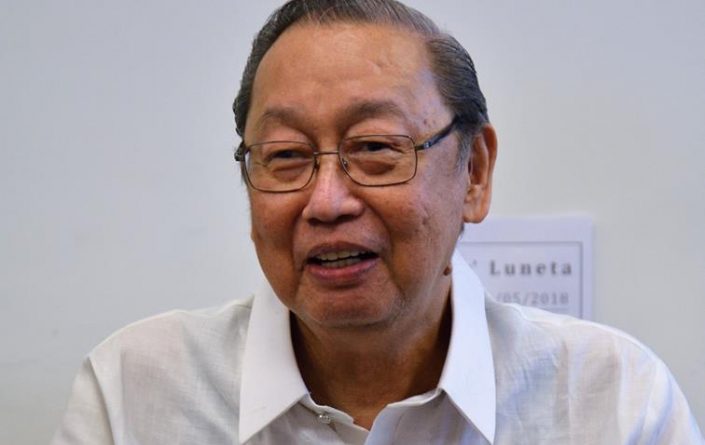 The reactionary government is financially bankrupt. It is afflicted by ever widening budgetary and trade deficits, which can be covered only by increasing the tax burden and local and foreign borrowings. The raw-material and semimanufacture exports of the underdeveloped economy, the foreign exchange remittances of overseas Filipino workers, the diminished inflow of foreign investments and loans always fall below the costs of imports, bureaucratic corruption, military waste of public funds, debt service, superprofit remittances and capital repatriation by foreign corporations.

There is a deadly combination of a mentally and morally bankrupt president and a financially bankrupt government and economy. Duterte as president keeps on wasting public funds by raising expenditures for the military and police, abetting bureaucratic corruption, aggravating the underdeveloped character of the economy, shunning the proposal of the NDFP for national industrialization and land reform and going for high interest loans for overpriced infrastructure projects to be built mainly by Chinese contractors and workers.

The mentally and morally bankrupt president knows no bounds for what is already perceived as his madness, especialy his mania for mass murder and reported addiction to fentanyl. He is insanely or stupidly giving up the sovereign rights of the Philippines and trillions of dollars worth of oil and gas resources under the West Philippine Sea in exchange for a few billions of dollars worth of Chinese loans that quickly revert to the Chinese lenders but make the Philippine a debt vassal of China.

To assure all foreign creditors that the government can raise enough tax revenues to pay the debt service, Duterte and his economic advisers have raised the tax burden at the expense of Filipino consumers who must pay for the excise taxes and for the resultant soaring prices of basic commodities and services. He is now discredited and isolated by the inflation that is bedevilling the broad masses of the people.

Still he is insaneky pushing his scheme of fascist dictatorship through federalism, which will transfer 50% of national tax revenues to the regions for bureaucratic reorganization and corruption and for further boosting the military and police. Even his neoliberal economic advisers are criticizing the Duterte federal scheme as a fiscal nightmare and a quick trip to hell, with the central government being rendered unable to pay for the national debt and the costly infrastructure-building and with the interest rate certainly rising and bringing the country to hell.