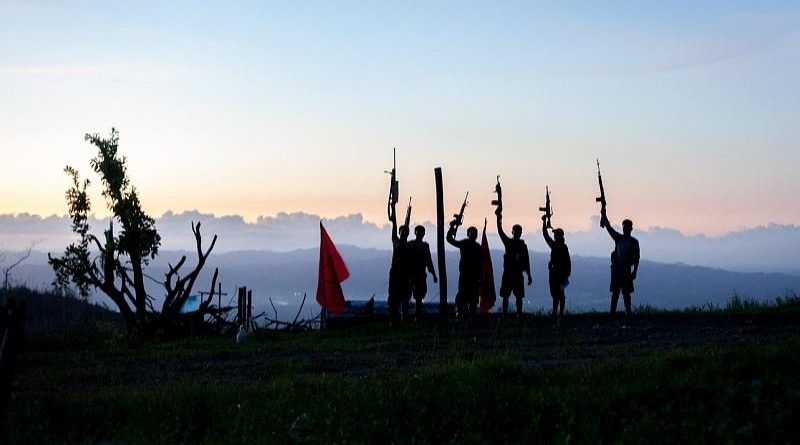 Today, August 9, 2018, we celebrate Martyrs Day in North Eastern Mindanao Region (NEMR). On this day we render our highest salute and give tribute to the martyrs of the revolution. On this day also we remember Fr. Frank “Ka Migo” Navarro who gave up his life to serve the people and the revolution. Ka Migo was a revolutionary priest who joined the New People’s Army (NPA) and became a Party cadre in the region.

Their lives were cut short in the struggle to liberate the country and the Filipino people from imperialist rule and from the local oppressive and exploitative classes. Theirs is a concrete expression of fulfilling class duty and commitment to serve the people.

According to Comrade Mao Zedong, “If there is struggle, there is also sacrifice, and death is but a common occurrence. But death has varying significance. There is death that is lighter than a feather and death heavier than any mountain. To die for the oppressors and exploiters is lighter than a feather while to die for the exploited and oppressed is heavier than any mountain.”

It cannot be denied that we were saddened by their deaths, but we have to accept this as reality. Even if we do not join the struggle, death will come, thus we must choose a death “heavier than the Diwata mountain.” This is a sacrifice that creates new life, a death that inspire others to continue the cause the comrades died for and left behind. Like them, we must put the interest of the people, Party and revolution over our own interests.

They are the new heroes of our time. They fulfilled the oath to “live with the masses and die for the masses.”

They may have died, but the lessons they left behind, lives. They were not defeated by adversities, exhaustion, hunger, illness and sacrifice. Their lives were cut short by the fascist mercenary AFP, PNP, CAFGU, Bagani-Magahat and other paramilitaries in their desperate attempt to douse the raging struggle of the people. The Filipino people’s liberation exclusively marked their hearts. They fearlessly fought the exploiters, the oppressors, the puppet government and the fascist mercenaries.

They are the revolutionary martyrs of the national democratic revolution. We should take their deaths as a challenge to further strengthen our principles and commitment. We must take on their unfinished tasks and continue along the path enriched with their blood towards total victory!

Salute the Martyrs of the Revolution! Unwavering monuments of the revolution!