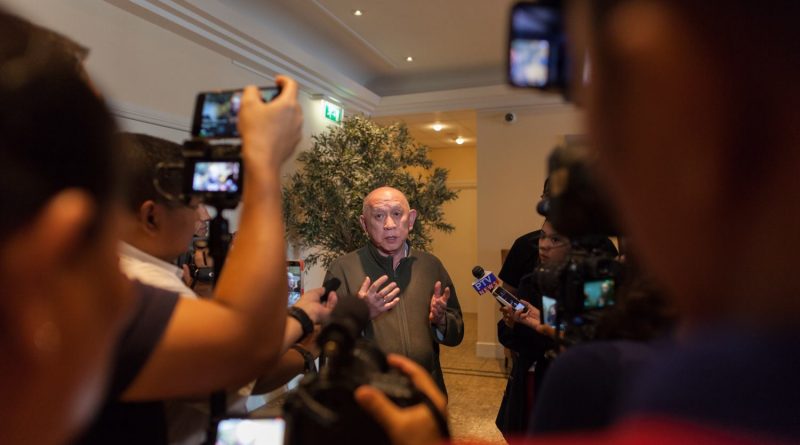 The NDFP and its delegation came to The Netherlands ready and willing to proceed with the fifth round of talks to work on the draft of CASER (Comprehensive Agreement on Social and Economic Reforms). Once more, the GRP succeeded in sidelining the substantive agenda on social and economic reforms by raising unreasonable demands.

Even before the fifth round could start, Jesus Dureza told the NDFP panel that the GRP panel would not “participate in the scheduled fifth round of talks unless there were clear indications that an enabling environment conducive to achieving just and sustainable peace in the land through peace negotiations across this table shall prevail.”

This seemingly vague statement was actually an ultimatum served on the NDFP to collapse the talks unless it submitted to the following demands: 1) that the CPP rescind its order to the NPA that was in the main responding to the intensified AFP military operations nation-wide before and after Duterte’s declaration of martial law in Mindanao and, 2) that the NDFP immediately sign a joint ceasefire agreement even without the necessary agreements on social, economic and political reforms in place. These unreasonable demands have disrupted the fifth round of formal talks.

The CPP order was in response to the intensified AFP operations and widespread human rights violations preceding and following the declaration of Martial Law in the whole of Mindanao. Duterte justified his action by citing as reason the terrorist actions of the Maute Group in Marawi City. But Lorenzana declared that the NPA was also a target of AFP military operations. Silvestre Bello made a subsequent clarification that Duterte had said that the Mindanao martial law was not aimed against the NPA.

However, the facts on the ground belie the clarification made by Bello. We quote from the NPA report sent to the NDFP panel:

On May 25, on the second day of Duterte’s Mindanao Martial Law, hundreds of elements of the 39th IBPA dropped bombs, shelled and indiscriminately fired 50 caliber machine guns at dominantly Moro civilian communities in Barangay Salat and Barangay Tuael in President Roxas, North Cotabato and Barangay Tangkulan and Barangay Anggaan in Damulog, Bukidnon.

A resident of Barangay Salat, was killed as a result of the aerial bombardments. Several other residents, Norhamin Dataya, Cocoy Dataya, Nasordin Maman and others suffered severe injuries. At least 1,600 residents of the affected barangays were forced to evacuate their communities.

These areas are at least 100-180 kilometers away from Marawi City.

Just this morning, we have received information from NPA units in South Mindanao, Far South Mindanao and parts of North Central Mindanao that search and destroy operations, strike operations, shellings and occupation of peasant communities are currently being carried out intensively by the AFP against the NPA and the peasant masses in the following provinces: 1) Compostela Valley, 2) Davao City, 3) Davao del Sur, 4) South Cotabato, 5) Saranggani, 6) Sultan Kudarat, 7) North Cotabato, and 8) Bukidnon.

Hundreds of people are being rounded up. People are being detained or stopped from travelling for having no identification cards. The military are threatening people against issuing statements that may be deemed anti-government. Military and bureaucrats have issued guidelines restricting people’s rights to assemble and prohibiting them from staging protest actions.

In light of these out and out attacks against the people and their revolutionary forces, NPA units are left with little choice but to undertake more and more tactical offensives in order to defend the masses and the people’s army by stopping the reactionary state armed forces from carrying out their onslaught.”

The second demand for an immediate ceasefire is unreasonable because there are no agreements on reforms in place but also because it one-sidedly demands from the NPA to stop fighting while the AFP continues its all-out war against the NPA and the people. There is impunity in carrying out atrocities against the masses in the rural areas and the ensuing widespread human rights violations under martial law. The GRP also has to comply with long standing agreements on release of political prisoners.

What is even more objectionable to the GRP demand to rush the NDFP into signing an immediate ceasefire agreement is the fact that it is imposed as a precondition to moving ahead with negotiations on CASER the main item scheduled for the fifth round and considered as the meat of the whole peace negotiations. This, in effect, delays the forging of urgently needed social, economic and political reforms which could provide the most enduring basis for peace and social justice.

The NDFP is ready to resume the fifth round of formal talks on the substantive agenda of social and economic reforms when the other side is willing to do so. #