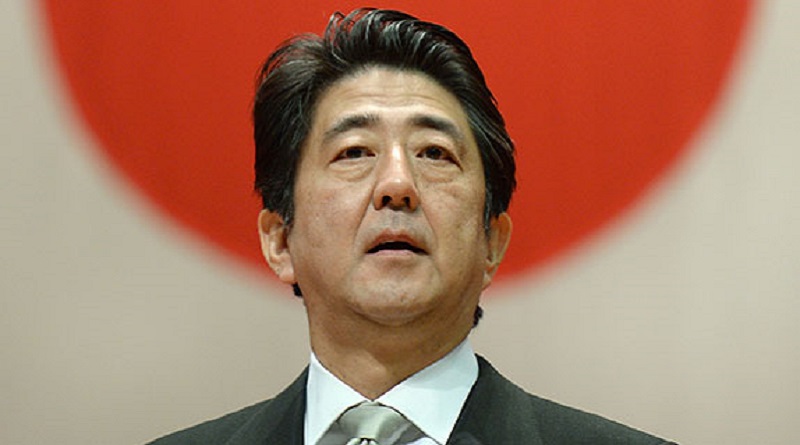 “The visit of the Japan Prime Minister Shinzo Abe to the Philippines on Jan 12 and 13 is not a mere social visit to return the state visit of Philippine President Rodrigo Duterte who went to Japan last year, nor is it merely to discuss maritime security and economic loans for a railway in the Philippines,” umbrella group Bayan said at a rally held in front of the Embassy of Japan. The group cautioned Duterte on the Japanese militarist agenda aimed at flexing that country’s armed might in the region.

“The visit of the Japanese PM is another step to slowly establish its military presence in the PH. Japan wants to flex is military muscle in the region as a junior partner of the US. It has passed security legislation that goes against the spirit of its peace Constitution,“ Bayan said.

“Japan’s military presence in the PH will be in the form of regular port calls of its navy and Self-Defense Force, joint war exercises with the PH and US forces. Japan has been interested in securing a status of forces agreement with the Philippines,” the group said.

In 2015, the Japanese Diet, approved to scrap Article 9 of the country’s constitution, against the massive and vigorous opposition of the Japanese people. Current Prime Minister Abe pushed for its enactment within the context of the US-Japan Military Alliance.

“Article 9 in the Japanese Constitution renounced war. It was enshrined in the country’s Constitution as a result of the deep trauma the Japanese people collectively suffered when thousands of their people were killed after the US dropped atom bombs in order to decisively defeat Japan”, Reyes said.

“The peace-loving Japanese people likewise want to protect the lives of people in Asia and elsewhere. During World War II, millions of people in the Philippines, China, Malaysia, and Indonesia were killed by the Japanese state forces,” Bayan said.

The Japanese occupation was in the context of Japan’s design to dominate Asia.

In Japan, people are again marching the streets protesting the planned sending of its Self-Defense Forces in Sudan where a civil war is raging.

“The Japanese people are demanding the repeal of new law which will empower the state to send troops abroad in the guise of Collective Self-Defense. They do not want a repeat of Japan settling international disputes by sending its forces abroad,” the group said.

“We in Bayan are concerned that Japan will use the PH-China maritime issue or issues with DPRK (North Korea) as a pretext to join the US in militarizing the region. While we oppose China’s military build-up in the disputed region west of the Philippines, we do not want the US and Japan also engaging in an arms race in the area,” it said. ###