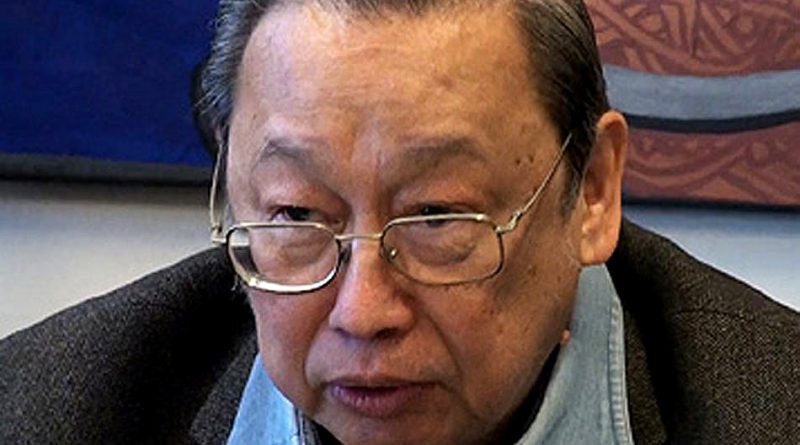 1) President Duterte initially seemed very enthusiastic to strike a deal with the NDFP/CPP/NPA. Since the end of 2017, he has changed his policy and is calling all these organizations “terroristic”. What’s behind such a drastic change? Is he physically and mentally fit to lead the country?

JMS: Duterte is a political swindler. He called himself a Leftist and socialist. But even when he was still the mayor of Davao City, he was already engaged in double-dealing by pretending to be cooperative with the revolutionary movement but actually serving the mining, logging and plantation interests and his own bureaucrat capitalist interests; and providing information to the reactionary intelligence agencies against the revolutionary movement.

The NDFP noticed that he was a liar when he backed out of his promise to amnesty and release all political prisoners. As soon as he became president in 2016, he launched his all-out war against the New People’s Army (NPA). His armed minions attacked the NPA and the people in rural areas despite periods of ceasefire during the GRP-NDFP peace negotiations.

Pretty soon he was exposing his secret alliance with the worst of the Luzon-based oligarchs and plunderers, like the Marcoses, Arroyos, Estradas, Enrile and the like. These actually gave Duterte the 14% percentage points to add to his 25% Visayan votes that made him president with 39% of the total national vote.

He is crazed by power and corruption and aims to establish a fascist dictatorship through charter change to a bogus kind of federalism in which the fascist dictator has absolute power and handpicks his regional and provincial agents among the dynasties and warlords. He is also physically and mentally sick.

He has admitted that he has at least two debilitating illnesses. He has become addicted to fentanyl and almost every day he makes self-contradictory statements that reveal his mental derangement. He is physically and mentally unfit to be president of the Philippines.

2) He and influential military leaders behind him aim to “destroy” the CPP within the year 2019! What is your opinion on this?

JMS: It is impossible for Duterte and his military minions to destroy the CPP within 2019 or in any further year for the following reasons:

2.1 The crisis of the semicolonial and semifeudal ruling system is rapidly worsening. The escalating conditions of oppression and exploitation drive the people to resist the Duterte regime and the ruling system and join the legal mass movement as well as the armed revolutionary movement.

2.2 The Duterte regime is aggravating the crisis of the ruling system. The brutal attempts of the regime to destroy the revolutionary forces and intimidate the people motivate an increasing number of them to join the CPP and NPA.

2.3 The CPP, NPA, the revolutionary mass organizations and the local organs of political power (which constitute the people’s democratic government) keep on gaining strength and advancing.

2.4 The line of the people’s democratic revolution through protracted people’s war is working effectively and defeating every strategic operational plan to destroy the revolutionary forces since the time of the Marcos fascist regime.

2.5 The CPP in particular cannot be destroyed because it has gained nationwide strength through struggle and is deeply rooted among the masses of workers and peasants. It has always been clandestine. Duterte has to kill 100 to 1000 noncommunist people before he can kill one communist.

3) On Dec. 26 the CPP celebrates its 50th anniversary. What were the party’s main achievements during the last 5 decades? How come all the other communist parties in the region – aside from Vietnam vanished?

JMS: The CPP has made great ideological, political and organizational achievements in the last 50 years. It credits its success to its adherence to Marxism-Leninism-Maoism, its general line of people’s democratic revolution through protracted people’s war and the organizational principle of democratic centralism.

3.1 In ideology, the CPP has produced theoretical and political writings applying Marxism-Leninism-Maoism on the history and concrete circumstances of the Filipino people. It has combated dogmatic and empiricist currents of subjectivism, and has corrected these through criticism and self-criticism and serious rectification movements.

The CPP has upheld, defended and promoted its proletarian revolutionary integrity and outlook by resisting revisionism, reformism and opportunism from within and from other parties as well as neocolonialism and neoliberalism from imperialist sources. It has educated and trained tens of thousands of Party members and candidate members who are in the mass organizations, people’s army and in institutions. The latest technology has been useful in facilitating the education and training of Party cadres and mass activists.

Since the total restoration of capitalism in revisionist-ruled countries in the years 1989 to 1991, the CPP has stayed firm on the line that the entry of China and Russia into the top circle of imperialist powers will ultimately accelerate the decline of US imperialism and aggravate inter-imperialist contradictions within the decadent world capitalist system.

3.2 The CPP has correctly set the general political line of people’s democratic revolution with a socialist perspective through protracted people’s war against foreign monopoly capitalism, domestic feudalism and bureaucrat capitalism. It has successfully carried out this line consistently.

It has proven itself to be the advanced detachment of the Filipino proletariat and people. It has developed a trade union movement from only 20,000 in the national capital region in 1968 to hundreds of thousands nationwide now. It has also developed a peasant movement from 80,000 in 1969 to millions now.

It has built the New People’s Army from only 60 Red fighters sharing only nine automatic rifles and 26 inferior firearms in one provincial district of Tarlac province to thousands with high-powered rifles in more than 110 guerrilla fronts in 73 out of 81 Philippine provinces.

The NPA has integrated revolutionary armed struggle with agrarian revolution as the main content of the democratic revolution and with mass base building to form rural-based mass organizations of various types and build the local organs of political power. Under the leadership of the CPP, the NPA has served as the defender of the rural-based people’ democratic government in opposition to the city-based reactionary government of big compradors, landlords and corrupt bureaucrats.

The CPP has been responsible for the development of the mass movement of the toiling masses of workers and peasants, the urban petty bourgeoisie and various sectors with common interest. It is building, leading and enabling the people’s government to undertake programs of public education, land reform, production, health and sanitation, cultural defense, arbitration and justice, disaster relief, environmental protection and others.

The CPP has aroused, organized and mobilized the people in their millions through the mass movement and the united front. It caused the overthrow of the Marcos fascist regime and the corrupt Estrada regime in 1986 and 2001, respectively, through the gigantic mass protests and intensification of the people’s war in the countryside.

3.3 The organizational achievements of the CPP can be most easily understood from the fact that it had only 80 members on its founding day in 1968, and now it has 70,000 members who are in the people’s government, mass organizations, people’s army and various institutions.

CPP members are drawn from the mass movement and the people’s army. They are deeply rooted among the toiling masses of workers and peasants and are tested and tempered by the revolutionary struggle. They are now in all provinces of the Philippines. The current 5-year plan of the CPP is to increase its membership to at least 500,000.

4) Are you foreseeing an escalating and even bloodier war versus the AFP?

JMS: Duterte has pursued an all-out war policy since he became president in 2016 and has formally terminated the GRP-NDFP peace negotiations. Every day he rants against the revolutionary movement and calls on his armed minions to kill, kill, kill all suspected actual or potential members of the CPP and NPA. Meanwhile, he aggravates the exploitation and oppression of the entire people.

Therefore, the revolutionary movement of the people led by the CPP has no choice but to intensify the revolutionary armed struggle in order to cause the overthrow of Duterte and advance the long-term revolutionary struggle to overthrow the ruling system. The Duterte regime is responsible for terminating the peace negotiations, for unleashing state terrorism and goading the people and the people’s army to wage armed resistance.

5) What about chances for further peace negotiations between the NDFP and the GRP during Duterte’s time?

JMS: The NDFP remains open to peace negotiations with the GRP in order to stop Duterte from pursuing his scheme of full-blown fascist dictatorship and to aim for agreements on social, economic, and political reforms to address the roots of the armed conflict and to lay the basis for a just and lasting peace.

It is possible for Duterte to realize that it is futile for him to suppress the armed revolution through sheer military force and he might be persuaded to opt for the resumption of the peace negotiations. But the people cannot depend on his erratic subjective. He has a psychotic propensity for using violence and a scheme to establish a fascist dictatorship through charter change for a bogus kind of federalism..

6) Will the president even finish his regular term, which ends in 2022?

JMS: The broad masses of the people are for the ouster of Duterte from power. They estimate that it is easier to oust him than to persuade him to opt for peace negotiations, mend his ways and finish his term in 2022.

It is not likely for Duterte to finish his term as he engages in mass murder, military attacks on urban and rural poor communities, corruption on an unprecedentedly grand scale, treasonous sell-out of sovereign rights and national patrimony to China and other imperialist powers, excessive local and foreign borrowing, imposing heavier tax burden on the people and causing the rapid rise in prices of basic commodities and services.

Also, Duterte has serious liabilities and vulnerablilities because of his deteriorating physical and mental health and the increasing rifts among the high bureaucrats, the military and police, because of his arbitrary decisions, acts of favoritism, and frequent flip-flops and self-contradictions. Several times, he himself has publicly expressed fears that he might be overthrown through a coup by pro-US and anti-China military officers.

At the same time, there is a growing number of patriotic and democratic-minded military and police officers and enlisted personnel who are preparing to withdraw support from Duterte as soon as the mass protests rise to the level of hundreds of thousands or millions in Manila. They emulate the examples of 1986 and 2001 when the military and police officers joined up with the mass movement to overthrow Marcos and Estrada.