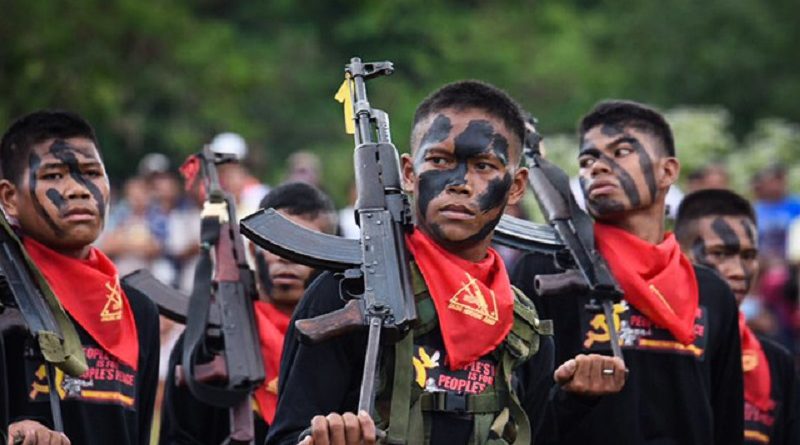 Since yesterday, Presidential Peace Adviser Jesus Dureza and the Malacañang spokesperson have issued separate statements impugning the revolutionary forces’ seriousness to talk peace citing military actions of the New People’s Army (NPA) in Mindanao and elsewhere which they claim “disrupts the conducive and enabling environment” for peace talks. It denigrates as well the NDFP Negotiating Panel and questions its representation of the revolutionary forces.

In view of these Malacañang statements since yesterday, the prejudicial question must be put forward and asked of the GRP’s mouthpieces: has GRP Pres. Duterte ordered the AFP to refrain from carrying out offensives against the NPA since the June 18 statement of GRP Negotiating Panel Chief Silvestre Bello III declaring “not undertaking offensive operations” against the NPA?
If Malacañang cannot show such specific orders by Duterte, then its spokesperson must better refrain from issuing statements which castigates the NPA for carrying out actions against the AFP’s all-out war.
The GRP should remember that the recommendation of the NDF for the CPP to order the NPA to refrain from carrying out offensives in Mindanao rests on the critical precondition that the AFP will likewise refrain as well from attacking the NPA and the people in the revolutionary base areas in Mindanao. Presently, such conditions do not exist concretely.

More than a week after Bello’s statement, the people have not seen nor heard of a Duterte order “not to undertake offensives” against the NPA. On the contrary, his defense secretary and military commanders have repeatedly declared that the AFP will conduct “pursuit” operations against the NPA. Duterte has neither rescinded his government’s “all-out war” policy and “flatten the hills” command against the NPA. The AFP’s war of suppression in Mindanao has worsened since the imposition of martial law more than a month ago.
Before claiming the right to castigate the NPA, the GRP must first account for all its unabated armed offensives and aerial bombardments across the country. These offensives have resulted in at least eight NPA casualties over the past ten days in Mindanao alone. Paramilitaries have been employed as well to attack the schools run by Lumad organizations.

Human rights abuses continue to worsen and have become more intense compared to the period prior to martial law. The number of extrajudicial killings continues to go up. At least five people have been killed by state forces in Southern Mindanao alone since martial law was declared. In addition to close to 310,000 people who have been forced to evacuate in Marawi City and nearby towns, thousands more in North Cotabato, Bukidnon, Davao del Sur and elsewhere are now in evacuation centers after AFP aerial bombardment targeting their communities and farms.

The conditions under Duterte’s all-out war compel the NPA to carry-out counter-actions to defend itself and the people. It needs to launch military actions in the widest possible area to dissipate the offensives of the AFP and blunt its attacks against the people.

The CPP and the revolutionary forces have repeatedly and unequivocally declared its support for the NDFP-GRP peace negotiations. The NDFP Negotiating Panel with its Chief Fidel Agcaoili and NDFP Chief Political Consultant Jose Ma. Sison, is fully recognized by the entire CPP and NPA.

Like the GRP panel makes recommendation to Duterte, so does the NDFP Negotiating Panel make recommendations to the NDFP National Council, of which the CPP is part of, as well as to the CPP Central Committee which commands the NPA. The recommendations of the NDFP carry great weight in the decisions of the CPP and NDFP leadership.
The Party looks forward to continuation of the 5th round of NDFP-GRP peace talks in August or September. It anticipates preparations to be conducted by both sides in the interim.

The revolutionary forces continue to regard peace negotiations as an opportunity to resolve through dialogue the fundamental socio-economic issues at the root of the armed conflict, even as the people are compelled to wage ever greater resistance against the oppression, exploitation and armed suppression by the reactionary state.

The NDFP-GRP peace talks are at a historic juncture as the issues of socio-economic reforms are on the table.
Will the Duterte regime share the same determination with the NDFP to accelerate negotiations on CASER? Or will he merely continue the old US/AFP counterinsurgency policy of using peace negotiations as a tool for pacification and cooptation by insisting that the NPA silence its guns while the AFP wages all-out war and demanding the NDFP to prematurely enter into a bilateral ceasefire even before completing the agenda on socio-economic reforms and political and constitutional reforms?