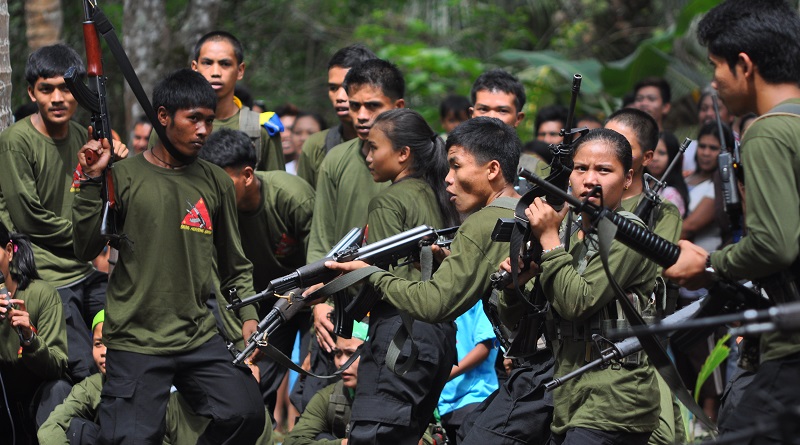 Lorenzana insists there are now 4,356 “NPA surrenderees”. If the “trend of massive surrenders,” as claimed by him, continues, there will be close to 10,000 “NPA surrenderees” by mid-year.  So “Congratulations!” are in order for Lorenzana and Duterte, because by June, they would have defeated the NPA at least two times over (based on the AFP’s estimate of 3,700 members of the NPA at the start of 2018). Maybe he will permit us to ask: will the AFP still need to recruit a massive 15,000 new soldiers.

There are, of course, some members of the NPA who have surrendered. That is not being denied. It is the natural course of war. Yes there is Noel Legazpi, who once served as spokesperson of the NDFP in Far South Mindanao, but now speaks for Duterte.

The truth that Lorenzana is slurring over is that 99% of those he claim to be “NPA surrenderees” are, in fact, civilian barrio residents. His breakdown goes:

These thousands of barriofolk have not been charged in court nor has evidence been put forward against them. It is all based on AFP “intelligence,” where they suspect the barrio people to be supportive of the NPA. In most cases, they were just rounded up by soldiers, made to sign blank “attendance sheets” and then paraded.

We expect Lorenzana to come up with bigger and bigger numbers, especially after saying NPA mass support is “huge.” He can deceive the people all he wants. But he cannot do so at the expense of people’s rights. He and Duterte and the military and defense echelon will be made to account for these abuses.