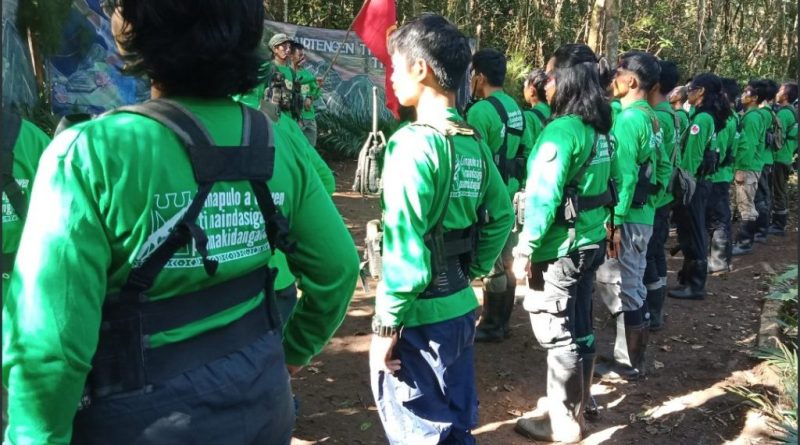 1. As the CPP predicted in a previous statement, the Duterte regime and its armed forces once again moved its impossible deadline of ending the armed struggle being waged by the New People’s Army. In October 2017, it declared it will end the NPA before the end of 2018. On September last year, the deadline was moved to the end of the second quarter this year. In order to avoid making themselves look foolish annually with their pipedream, they have again moved their deadline, this time to 2022.

2. Defense Secretary Lorenzana’s claims of 11,000 surrenders are a farce. Of this number, more than 99% are actually civilians forced by the AFP without evidence to present themselves as “rebels” and to “surrender” under pain of constant harassment and threats of being summarily executed by fascist troops.

There are numerous cases across the country where so-called surrenderees have, in fact, approached local NPA units to inform of the military abuses they are being subjected to. Many of them are being forcibly conscripted as paramilitaries and armed to go against their fellow oppressed. They are made to render free labor to the AFP in building detachments and the like.

3. Duterte brags of “localized peace talks” and the so-called E-CLIP (Enhanced Cooperation Local Integration Program), which are nothing but a big corruption racket where billions of pesos line up the pockets of military officers. These programs are being carried out to cover up the failure of the reactionary regime to address the basic demand of the peasant masses for land reform.

As military officers fatten their wallets, they order their troops to go on one combat operation after another. Foot soldiers of the AFP are growing war weary as they are used as cannon fodder in the AFP’s focused military offensives. There is rising disenchantment among them as their superiors wallow in corruption. The AFP is being overstretched in its futile effort to suppress the NPA’s nationwide growth.

4. In contrast to declarations of ending the NPA, it is Duterte who is more likely to be unable to end his term as his regime oversees a worsening economic crisis and make people suffer from deteriorating social conditions and rising cost of living. Duterte is rousing the people to wage ever fierce resistance against his tyranny and terrorism.

5. Even with the additional three years, Duterte and the AFP will surely be frustrated in their aim of crushing the NPA. There is a rising tempo of tactical offensives since the last quarter of 2018. Last December, NPA units across the country mounted annihilative offensives where it seized at least 59 high powered weapons from the AFP’s armories.

The NPA is ever capable, determined and confident of attaining unprecedented strength in the coming years.