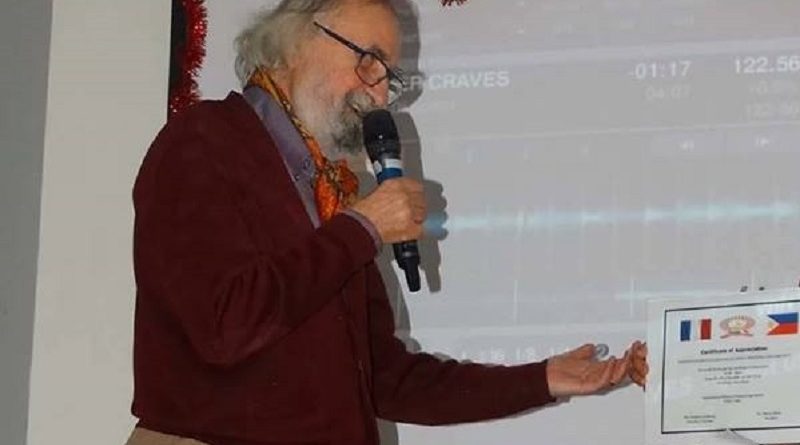 It is with heavy hearts and deep sorrow that we learned of the unexpected passing away of Comrade Pierre of the Parti Communiste Maoiste (PCM).

We in the United Filipinos in France (NPSP – Nagkakaisang Pilipino sa Pransya) convey our most heartfelt sympathies to his comrades, family and friends. We pay tribute to a beloved comrade of the Filipino people who passionately shared his ideals with us and had passionately worked for a just and better society, not only for his French compatriots, but also for migrants like us.

Comrade Pierre fell down a flight of stairs in a Paris subway on Friday night, 01 December. He suffered very serious injuries to his head and spine and was rushed to the hospital for emergency procedures. On Sunday, the medical team confirmed that he no longer had brain activity. He was disconnected from life support and passed away on Monday morning, 04 December. He was 80 years old.

We had our first contacts with Pierre and his organization in mid-2013. From the start until his last days, he had tirelessly supported the NPSP and its members. He assisted us in getting meeting rooms for our many activities, facilitated French language courses, encouraged us to join various discussions and activities of the progressive & revolutionary movement in France. We joined the Women Empowerment activities held every March, mobilizations calling for the release of political prisoners in October, and various other public gatherings. He didn’t pass up an opportunity to show solidarity and support for the issues and struggles of migrant Filipinos in France.

As a community of undocumented migrants in France, society tends to neglect our basic needs and disregard our basic rights. It is easy for others to turn a blind eye to our existence and our struggles. Comrade Pierre has given voices to our calls. Tirelessly present during our discussion and planning meetings and out in the streets with the trade unions and other groups in undertaking collective action.

We will be forever grateful for his support. His untimely death is a great loss but we will forever cherish your memory — humbly smiling to every migrant, giving of time and effort to every comrade, and tireless service to the people.

Our highest respect and salute to a dear friend and comrade. Long live the memory and legacy of Comrade Pierre!

(In photo: Taken last December 04, 2016 as NPSP give a certificate of recognition to Pierre at our Christmas Party event)