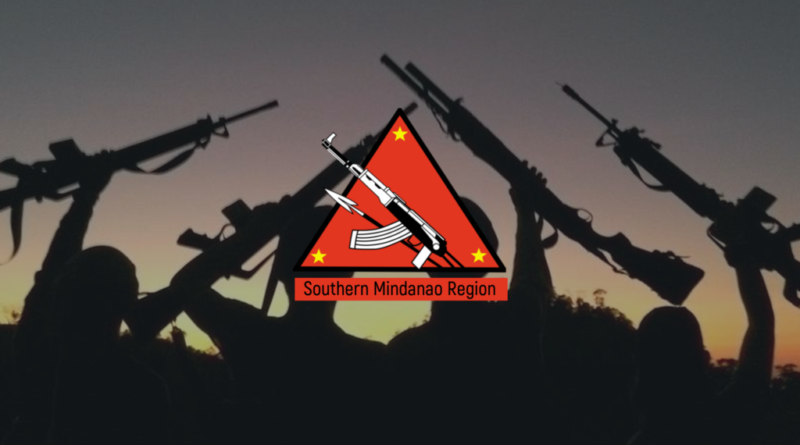 December 8, 2020: The Regional Operations Command of the New People’s Army in Southern Mindanao condemns in the strongest terms the extra-judicial execution by joint forces of the AFP’s 5th Special Forces Battalion and the Philippine National Police of sickly and elderly comrade Romeo “Ka Melvin” Libron, 60; his civilian wife Merly, 53; his companion Ka Sarge, 69; and two other visiting civilians at around 4 in the morning on December 2 in Sitio Kibang, Brgy. Ned in Lake Sebu town, South Cotabato.

The Tokhang-style operation, carried out furtively in the cloak of dawn, wholly belies the hackneyed and ludicrous claim of the fascist troops that their intent was merely to “serve warrants of arrest” to Ka Melvin and his companions. With no warning, the heavily-armed state forces rained rounds of bullets for several minutes on the unarmed individuals inside a small hut. To bolster their narrative, the despicable fascists later planted high-powered firearm and explosive in vain attempt to legitimize the atrocity.

In summarily killing Ka Melvin and 4 other individuals, the US-Duterte regime’s cabal of armed terrorists has committed serious violations of international war protocols such as the Geneva Conventions concerning hors de combat and unarmed civilians. In the grand fashion ascribed to its counterinsurgency campaign under the National Task Force to End Local Communist Armed Conflict, the terroristic operation was done extra-judicially, targeted the elderly and sickly, victimized civilians, all of whom were unarmed and unable to defend themselves, and later woven a worn-out storyline that the comrade and his companions “resisted arrest” in order to smokescreen the heinous war crime.

As we condemn this downright dastardly display of AFP’S terrorism, we likewise accord the highest honor to Ka Melvin and his companions for their invaluable contribution to the Filipino people’s war.

Ka Melvin rose from his peasant origins into the ranks of the regional ordnance unit of the NPA in Southern Mindanao, especially in the development and production of the command-detonated explosive (cdx) that the AFP always wrongly and maliciously describes as the contact-detonated “landmine.” In one interview with the regional revolutionary newspaper Pasabilis!, Ka Melvin asserted that not only does the NPA’s cdx complies with the Ottawa Treaty concerning the ban on the use of landmines, but that it is a far cry from the AFP’s indiscriminate and wanton use of artillery fire and aerial bombardment that more often than not manage to only damage civilian lives and livelihood.

Ka Melvin’s life and times in the national democratic revolution is a study of one coming from the toiling masses and becoming an expert in a specialized and scientific field rarely attributed to the peasant class in the semifeudal and semicolonial Philippine society. His revolutionary life is an inspiration to peasants and Lumad alike who continue to be victimized by the oppressive and exploitative reactionary state to take up arms and resist, even when failing health and old age eventually become a challenge.

In the run-up to the observance of the International Human Rights Day, the US-Duterte regime continues to validate itself as the ultimate paragon of state fascism and tyranny, one that can only be forced to answer for its innumerable war crimes and crimes against the people through revolutionary justice in the national democratic revolution.