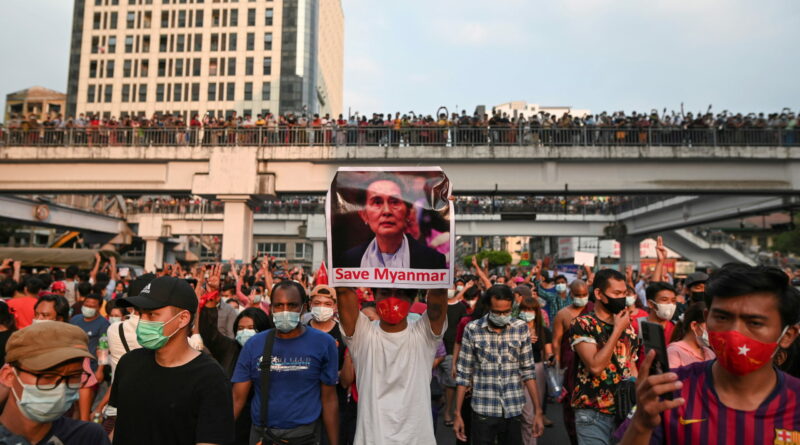 February 5, 2021: The National Democratic Front of the Philippines (NDFP) Delegation, together with other delegations of the RLM network, strongly condemn the coup d’etat and imposition of national emergency last February 1 by Tatmadaw, the Myanmar military headed by Gen. Min Aung Hlaing.

The military leaders seized political power by arresting civilian elected leader Aung San Suu Kyi and other leaders of the National League for Democracy (NLD) and preempting the opening of the parliament elected in November 2020. They refused to recognize the results of the November elections where the military-backed party lost by a landslide to the NLD.

The military has held a monopoly of power in Myanmar for more than 50 years, subjecting the broad masses to untold abuses, human rights violations, genocidal wars and corruption by military officers. In 2016, the country’s military rulers shared a modicum of power with elected civilian leaders, but kept seats in parliament and retained the power to appoint the vice president, defense, internal affairs and other key officials.

The NDFP supports the people of Myanmar in their resistance to the February coup and re-imposition of absolute military rule. The military dictatorship is rousing the people to fight back, gain their democratic rights and put an end to the oppression.

The entire Duterte government is practically ruled by the NTF-ELCAC, a Duterte-military junta that permeates all agencies and all levels of the the government and forces them to follow its every dictate.

The Filipino people, like the people of Myanmar, must resist military rule in all its forms.