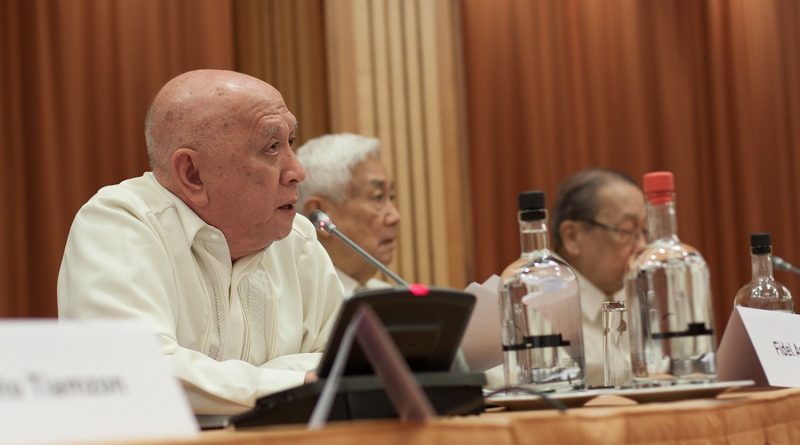 The National Democratic Front of the Philippines (NDFP) would like to make the following factual clarifications in the face of repeated claims by the Government of the Republic of the Philippines (GRP) that the majority of the political prisoners listed by the NDFP have already been released.

The NDFP submitted a list of 411 political prisoners to President-elect Rodrigo Duterte in May 2016 for release on various grounds or through amnesty (as proposed by him) in connection with the agreement to resume peace negotiations between the GRP and the NDFP upon his formal assumption to office in June.

Of this number, only nineteen (19) or barely 5% were released on bail in August 2016. Of these, 17 were covered by the Joint Agreement on Safety and Immunity Guarantees (JASIG) and two (2) were freed for humanitarian reasons in accordance with the Comprehensive Agreement on Respect for Human Rights and International Humanitarian Law (CARHRIHL).

Three (3) other JASIG-protected persons were not released then and are still in detention now. They are Eduardo Sarmiento, Emeterio Antalan and Leopoldo Caloza.

In the 9 October 2016 Oslo Joint Statement signed by the parties after the second round of formal talks, the GRP agreed and committed to expedite their release through pardon. Therefore, their continued detention is both a blatant violation of the JASIG and in betrayal of trust and the GRP’s express commitment.

After August 2016, sixteen (16) more political prisoners were released from detention based on the merits of their respective cases, including one who should have been automatically released for having overserved his sentence.

Four (4) additional political prisoners were pardoned in December 2016, namely, Dindo Absalon, Rico Bodino, Bonifacio Suyom and Martin Villanueva. Their applications for pardon were initially approved during the time of Gloria Macapagal-Arroyo but were only signed by the current regime with the revival of the Presidential Committee on Bail, Recognizance, and Pardon (PCBReP).

Thus, out of the list of 411 political prisoners submitted to President-elect Duterte in May 2016, only a total of 39 or less than 10% have been released: 19 in consideration of JASIG and CARHRIHL and 20 based on the merits of their respective cases and through grant of pardon.

Not only has President Duterte failed to deliver on his promise to release all political prisoners. His regime has, in fact, added 39 more political prisoners to the roster! This includes three JASIG holders of Documents of Identification signifying that they are consultants of the NDFP. They are Ferdinand Castillo, Rommel Salinas and Promencio Cortez.

This now brings the number of political prisoners to 410—almost the same figure the NDFP started with in May last year.