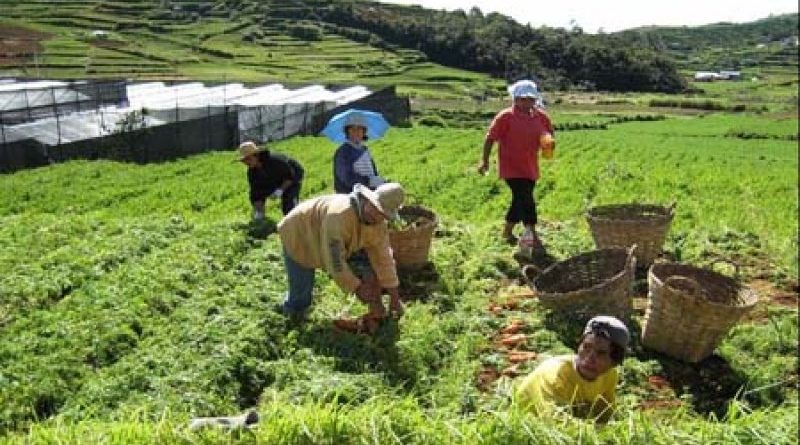 The NDFP-Mindanao is one with the struggle of the Filipino peasantry, especially the poor and middle farmers, in Mindanao, who, along with hapless Filipino workers and other toiling classes in the country, bear the brunt of the current rice crisis, high inflation, military onslaught, and the semi-feudal exploitation and oppression maintained and exacerbated presently by the US-Duterte regime.

Poor and middle peasants and farm-workers are the most exploited, oppressed and neglected classes in the country. Comprising more than 70% of Philippine society, their constant, albeit unrecompensed toil, feed the entire nation, yet they suffer the most from the economic crisis and, worse, are at the first victims of state terrorism and fascism in the countryside.

Filipino peasants are at the forefront of food production, including rice, corn and other food crops, in the country, but they fall as victims not just twice but three times in the current rice crisis. First, farm-gate prices of the local agricultural produce, including rice, of local poor Filipino rice farmers are bought at exceedingly low rates (i.e. P18.00 or lower per kilo). The production cost of these farmers are financed through highly usurious lending either by banks or by opportunistic individual lenders, who strangle farmers to no end. Worse, poor farmers receive no subsidy from the reactionary state.

Second, with meagre income, poor farmers are forced to buy rice and other basic commodities for consumption at very high prices. And third, poor peasants are further made to suffer because the US-Duterte regime is afflicted with a high degree of myopia in solving the rice crisis through rice importation, which will eventually kill local rice production of poor local rice farmers, and gives way to the monopoly of imperialists and big bourgeois compradors of the food industry in the country. They are also at the receiving end of the current economic crisis that is plagued with: high inflation rate (4.7%-5%), where the prices of the basic of commodities are skyrocketing.

Importation is a stopgap solution to the rice crisis, the effects of which include killing local rice producers; it will temporarily resolve the need for low-priced rice, however once it dominates the market, the price of rice will eventually be dictated by the monopoly capitalists. This of course in in line with neo-liberal policies of liberalization and deregulation already embraced by the US-Duterte regime. Already, solons are pushing for allowing private rice traders to import rice from other countries such as Thailand, Vietnam and even Sabah, Malaysia, which signals the death knell of local rice farmers.

Worse, the US-Duterte regime now blames poor Filipino peasants and local rice producers as the cause of the rice crisis because they “sell their produce at a high rate.” The rice cartel controls the flow and trading of rice in the country, not the government, responsible for simulating artificial scarcity, to effect an increase in the prices of rice. The price of basic commodities, including rice, have gone up; while the purchasing capacity of Filipino farmers and workers have significantly decreased.

It is no less shameless on the part of the US-Duterte regime to blame the farmers for the inflation, when in truth the cause of such an inflation: TRAIN Law 1, imposition of excise tax on petroleum products along with sugary products and beverages, whose weekly increases (per liter average of P1) has resulted in a domino effect towards other basic commodities; maintaining the neoliberal policy of liberalization (manifested through importation with almost 0% tariff on nearly all imported products); rapidly weakening of the peso against the dollar (P54:$1).

The US-Duterte regime’s policy prioritizing the expansion of agri-plantations especially in Mindanao (banana, oil palm, pineapple, etc.) and at the same time large-scale mining, deprive peasants, as well as the Lumad, of their very lives and livelihood. Lumad ancestral domain as we all know are under threat of being usurped by foreign imperialist mining companies. In the countryside, the reactionary government’s push to plant cash crops (e.g. falcatta, bamboo, etc.) has its dire effect on our food security, which, if not arrested, could very well lead to widespread hunger.

The real solution is genuine agrarian reform, prioritize the use of arable lands for food crops, particularly rice, instead of allowing cash-crop/export-crop plantations to proliferate. Thus, this October and for months to come, we call on all poor and middle farmers in Mindanao to maximize this month – Peasant Month – to launch unity mass actions to press for genuine agrarian reform: genuine land distribution, land to the tillers, stop the expansion of giant imperialist agri-plantations as well as imperialist mining companies.