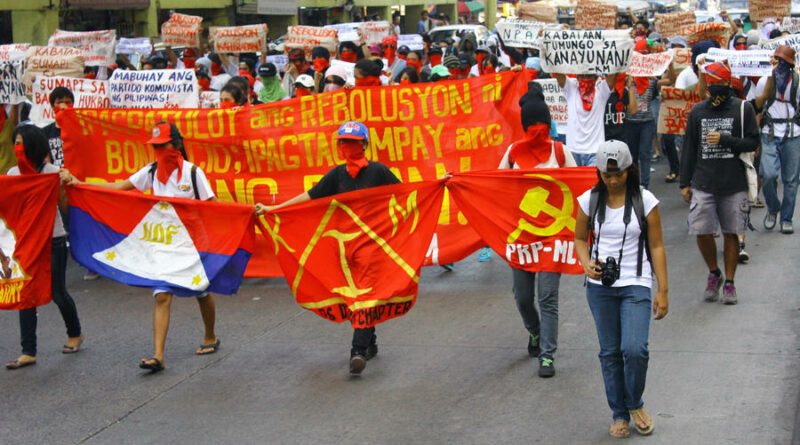 A revolutionary salute this Day of Courage from the Kabataang Makabayan, Southern Mindanao region, for the brave youth army of the exploited masses. The youth continue to fight against the dictator and the oppressive US-Duterte regime.

From then until now, the patriotic youth have continued to show courage in relentlessly charging the ruling class, especially in standing up and confronting the Duterte regime’s rampant terrorism against the Filipino people.

With Duterte’s tyranny and fascism against the people, there have been sixty-one (61) lawyers, two hundred and eighty-eight (288) farmers and fishermen, three hundred and eighteen (318) activists and progressive individuals, nineteen (19) journalists, and one hundred and twenty-two (122) children were killed in the regime’s five -year tyranny.

Despite the intensifying crackdown and killings of the youth, the patriotic youth have never wavered in charging Duterte with every blood debt of his administration. The ranks of patriotic young people are growing and increasing and more are awakening. They demonstrate creative ways to drum up the calls of the people.

In the countryside, young members of the New People’s Army (NPA) bravely face the sacrifices in the life-and-death struggle while firmly holding on to the political line of the people’s democratic revolution. Just as sixty thousand (60,000) Filipinos laid down their lives today 79 years ago to stand up against the Japanese occupiers, NPA members have bravely taken the path of armed struggle to achieve true freedom towards in a society with equality. The revolutionary martyrs from the ranks of the youth and students who tread the path of revolutionary armed struggle will never be forgotten.

On this Day of Courage, we pay our highest salute to the unpopular heroes who continue to struggle to destroy the exploitative system. During the tyranny of the mad dog Duterte who was subservient to the interests of US and Chinese imperialism, the martyrs of the Bataan Death March of 1942 exemplified and inspired the youth in the struggle for justice and advancing the people’s war to victory.