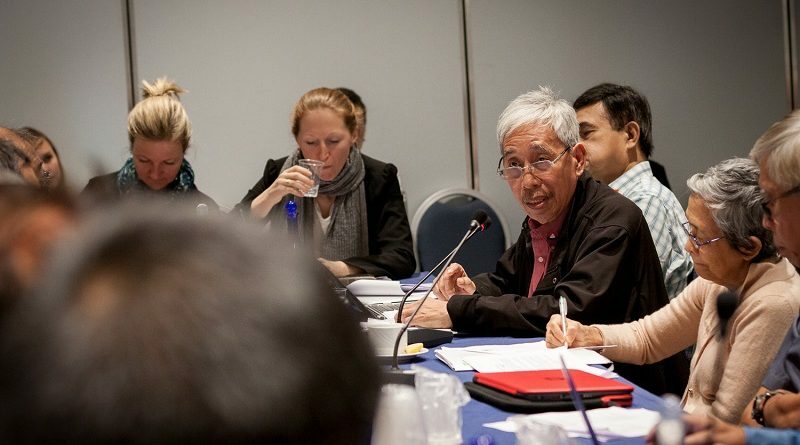 Anakpawis Partylist and Kilusang Magbubukid ng Pilipinas condemned the killing of its national chairperson Randall “Randy” Echanis, an elderly peasant activist and peace consultant of the National Democratic Front of the Philippines (NDFP). Echanis, along with a still unidentified neighbor, were killed inside a rented house in Novaliches, Quezon City, during the wee hours of August 10, according to initial reports.

Echanis, 71, was also the deputy secretary general of militant peasant organization, Kilusang Magbubukid ng Pilipinas. He spearheaded nationwide campaigns for genuine agrarian reform including free land distribution to Filipino farmers. He was instrumental in crafting the Genuine Agrarian Reform Bill (GARB) repeatedly filed in Congress since its first filing in 2007. He became Anakpawis’ third nominee during the 2010 partylist elections.

Echanis was also a long-time consultant of the National Democratic Front of the Philippines and a member of the NDFP Reciprocal Working Committee on Socio-Economic Reforms. He actively participated during the 2016-2017 peace talks with the Duterte administration that tackled the Comprehensive Agreement on Social and Economic Reforms (CASER).

Echanis was arrested and detained three times during the Marcos, Aquino, and Arroyo regimes. Despite this, he continued his advocacy work advancing peasant’s rights after his release in 2010.

“Our anger is beyond words. This is a culture of extrajudicial killings with impunity under the Duterte regime. This is a declaratory act that national leaders of legal-democratic movement are now targeted to be killed by the Duterte regime. The entire civil society, human rights advocates and freedom fighters must totally denounce this criminal act,” Casilao said in a statement.

In a separate statement, the KMP “condemned state forces for killing Echanis”.

“While the country is bearing the onslaught of the COVID-19 pandemic, state-backed mercenaries and death squads remain on the loose and wreaking havoc on activists and freedom fighters,” Rafael Mariano, KMP Chairperson emeritus said in a statement.

“Duterte has already signed the death order of activists and peace consultants upon the enactment of the anti-terrorism law. We will seek justice for Echanis and other victims of state-sponsored killings, at any cost,” Casilao ended.