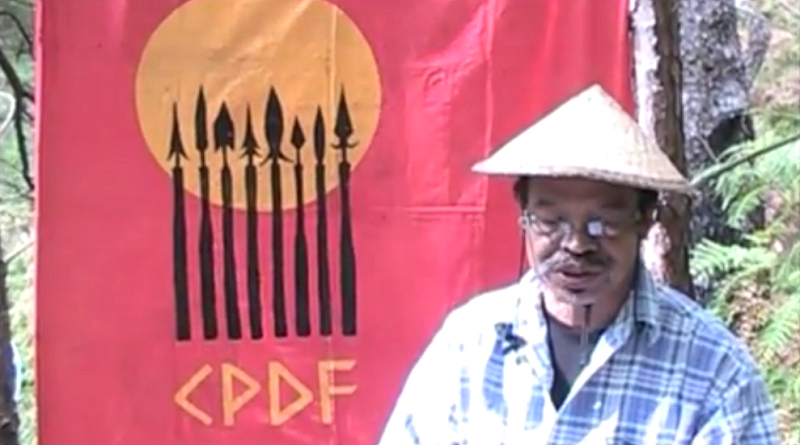 The National Oppression perpetrated by the reactionary state against the national minorities in the Cordillera continues to take its toll up to the present regime. Extractive and destructive large-scale foreign mining corporations and hydro-electric energy plants continue to plunder our ancestral lands and its rich natural resources, destroy our lives, our livelihood and our communities. We continue to be denied adequate public services. Even during times of calamities, we are denied adequate support from the reactionary government.

National Oppression being suffered by the national minorities of the Cordillera and other parts of the country have reached ethnocidal level. This is exacerbated by the continuing onslaught of the anti-people Oplan Bayanihan against the communities of the Cordillera. The Peace and Development Teams (PDT) are continuously being implemented even at the time of the current ongoing peace talks and ceasefire declarations in a desperate move to weaken our indigenous unity and revolutionary strength. This includes the ‘IP Centric’ approach, to recruit fellow Igorots to the ranks of the AFP and CAFGU. Even in the urban centers, protest movements are brutally suppressed. This was clearly shown in the brutal dispersal of the indigenous people’s rally in front of the US Embassy last October 19. All of these are deliberate moves to sabotage the ongoing peace talks while the struggles and democratic rights of the Filipino people are continuously suppressed.

Nonetheless, the Cordillera People’s Democratic Front (CPDF) continues to recognize the ongoing peace talks between the GRP and the NDFP as another venue to negotiate and root out the ongoing civil war being waged by the Filipino people including the national minorities. The armed struggle is rooted in the rotten social system ruled by imperialism, feudalism and bureaucrat capitalism personified and perpetrated by the reactionary state. It is this system that perpetrates national oppression against national minorities.Thus, we should be vigorous and broaden the national minority people’s movement in propagating the analysis of our situation, and pursue militant and armed struggle for our socio-economic rights and for self–determination.

In this connection, the CPDF urgently issues the following calls:

1. Popularize the 10-Point Program of the CPDF.
2. Concretize this program in every community and set up the CPDF chapters and alliances that shall unite all people to implement the program.
3. Expose the scheme of the ruling class and the reactionary state that continue to landgrab and plunder our ancestral lands, blow militarization, government neglect of public services and welfare, discrimination, corruption and non-recognition of indigenous socio-political systems, and bulgarization and commercialization of cultures.
4. Militantly confront the anti-national minority peoples schemes by mass mobilizations and campaigns from the local up to the national levels.

Long live the Communist Party of the Philippines in its 48 years of leadership for advancing the national minority peoples’ movement!