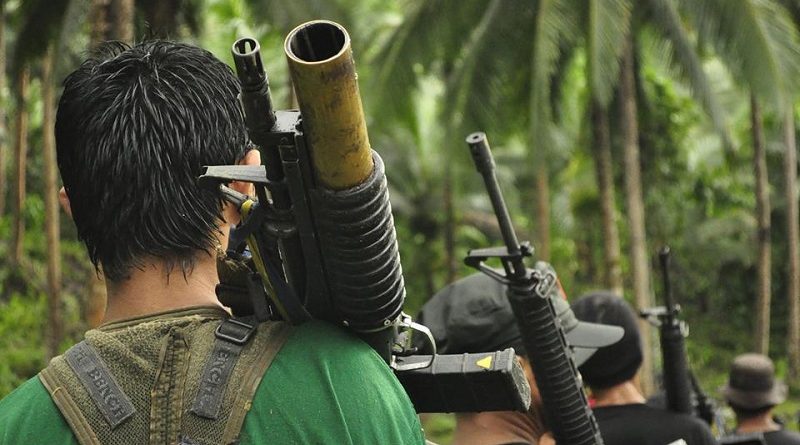 People's War Philippines
February 11, 2017 C. Kistler CPP-NPA-NDF, Ka Oris
Starting today, the Unilateral Declaration of Interim Ceasefire is now completely terminated. All NPA commands and territorial units, as well as people’s militia and self defense units, can now take the full initiative to defend the people and advance their interests, especially in the face of the declaration of all-out war of the Duterte regime.

Since February 1, we eagerly waited for the GRP’s positive response to widespread clamor for it to implement its CARHRIHL obligations (primarily the release of all political prisoners) which could have preempted the termination of the CPP and NPA’s unilateral ceasefire. Contrary to the hopes of the people, however, GRP Pres. Duterte displayed intransigence and arbitrarily cancelled all peace negotiations, playing to the AFP line of an “all-out war” against the CPP and NPA.

Over the past ten days, responding to orders to carry out active defense, NPA units carried out almost 30 military actions to defend the rights and welfare of the people primarily against AFP troops occupying barangays and conducting strike operations. In its active defense posture, NPA operations were launched exclusively against paramilitary groups and uniformed personnel conducting combat, intelligence and psywar operations within the territories of the revolutionary government.

A case in point is the February 1 encounter between the NPA and troops of the 8th IB which had been occupying Barangays Kibalabag and Manalog, 36 kilometers from the center of Malaybalay City, Bukidnon.

No longer restricted by the active defense policy, the NPA, from hereon, must frustrate the all out war of suppression of the AFP by launching launch tactical offensives against any legitimate military target, including active troops of the AFP and PNP, paramilitary or AFP-supported armed vigilante groups, intelligence operatives, and warlord private armies in detachments, camps or operations within and beyond the NPA guerrilla zones.

The NPA remains open to peace talks while fighting rages in the countryside. At the same time, the revolutionary masses welcome the call for tactical offensives that will strengthen the people’s army and advance the people’s war towards genuine and just peace.