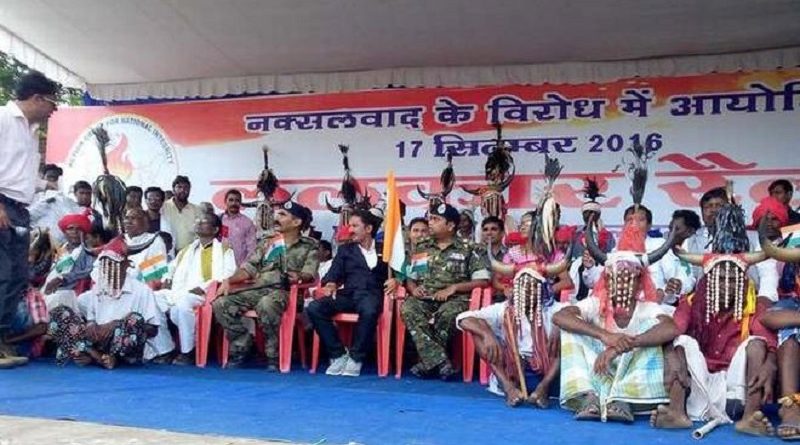 The AGNI (Action Group for National Integrity) and the Bastar Sangharsh Samiti were at the forefront of the crackdown on journalists, human rights and tribal activists and lawyers in Bastar in the last one and half year.

The AGNI was disbanded after the attack on the house of a journalist in Jagdalpur district headquarters of Bastar. The group was formed after the Samajik Ekta Manch, made by former anti-Maoist militia Salwa Judum leaders.

Most members of the two groups were former Salwa Judum men. They would work with Mr. Kalluri and other senior police officers close to him.

Mr. Kalluri and Bastar Superintendent of Police R.N. Dash often shared the stage with the AGNI and the Bastar Sangharsh Samiti leaders and also helped them in organising anti-Maoist rallies.

Many of the group members were provided government accommodation and would travel with Mr. Kalluri and Mr. Dash in choppers.

In a statement issued on Thursday, the national convener of the AGNI, Anand Mohan Mishra, said, “The AGNI has been dissolved with consensus. We were representing the people of Bastar in their fight against the Maoists. Since its formation, the AGNI was working peacefully and in a democratic way along with the government and the police. In the current situation, we are announcing an immediate dissolution.”

In a similar statement, P.Vijay Naidu of the Bastar Sangharsh Samiti announced the ‘dissolution’ of the group.

The two groups were excessively dependent on Mr. Kalluri for protection and support. They would term every journalist and activist, who raised voice against police brutality, as “anti-National and Maoist sympathiser.” The recent attack on the house of researcher Bela Bhatia in Bastar was suspected to be the work of AGNI members.

Earlier this week, Mr. Kalluri, whose tenure as the Bastar IG witnessed a large number of “questionable Maoist encounters and surrenders,” was transferred to Raipur police headquarters.